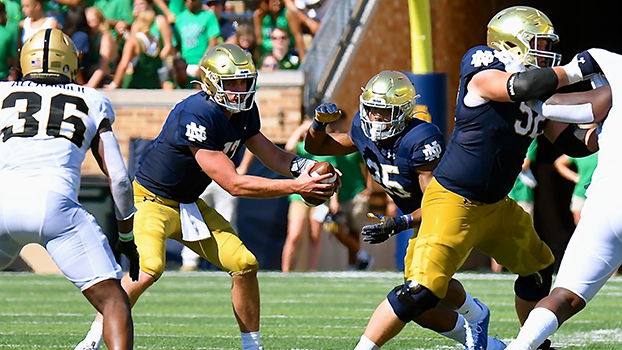 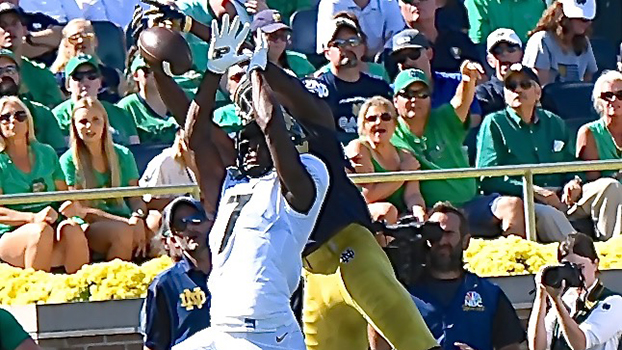 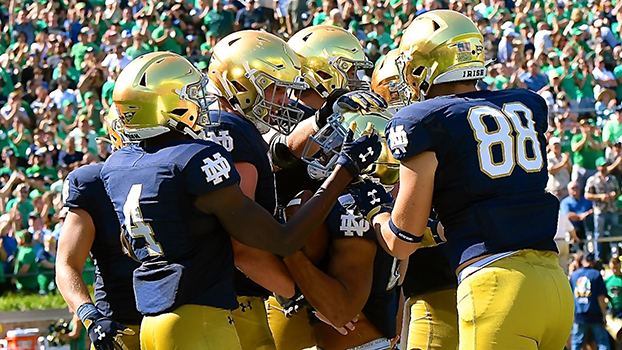 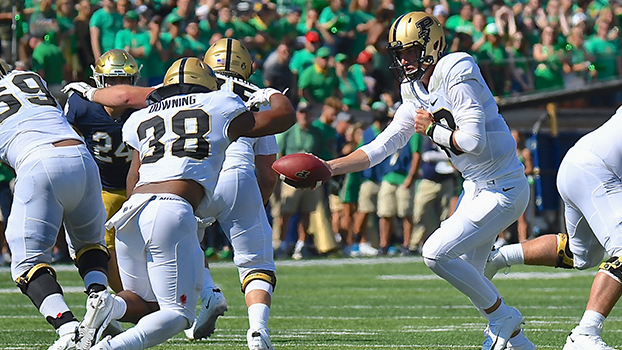 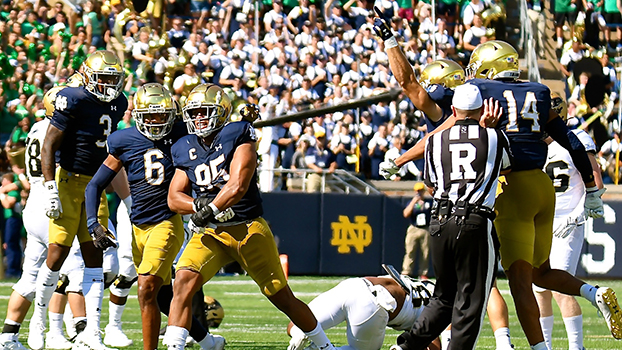 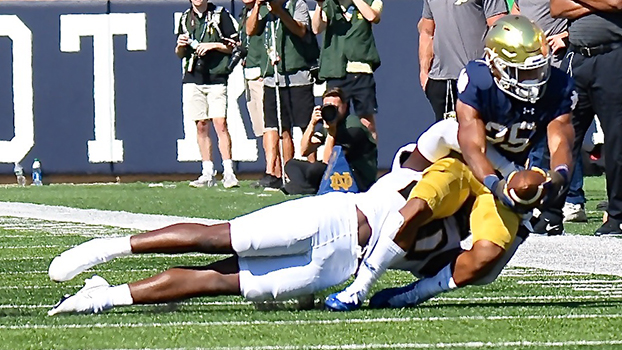 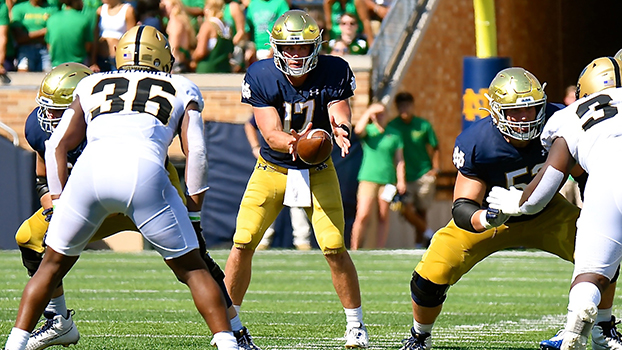 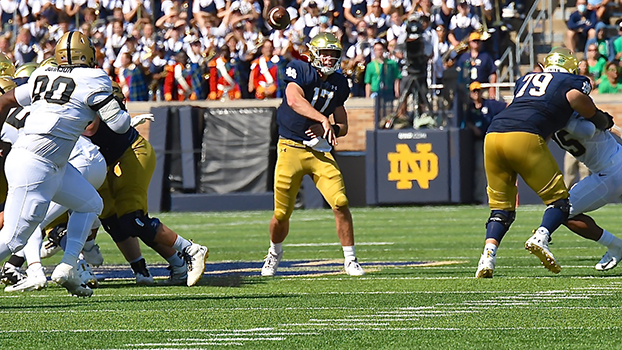 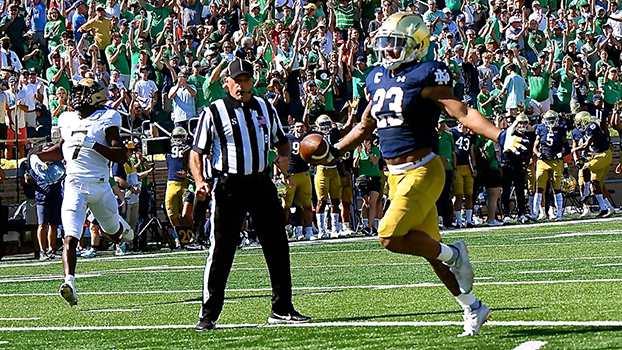 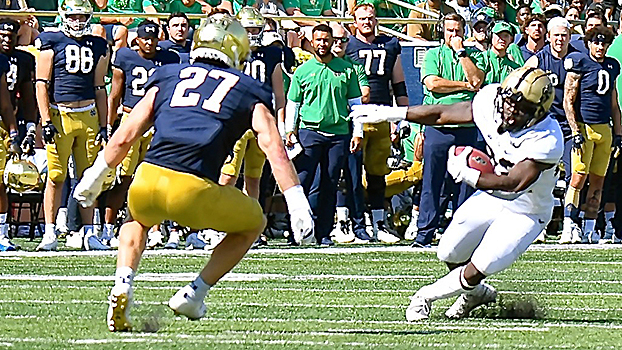 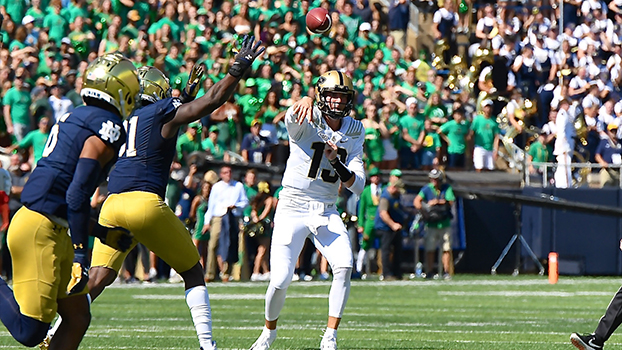 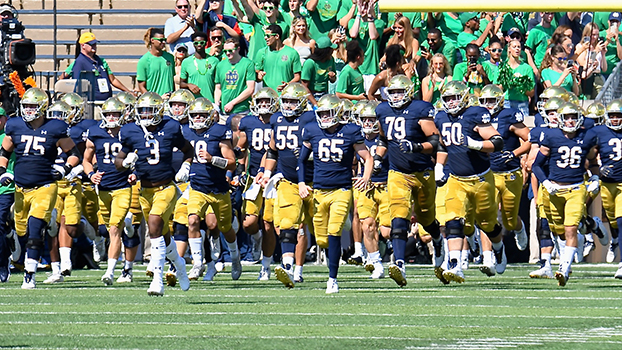 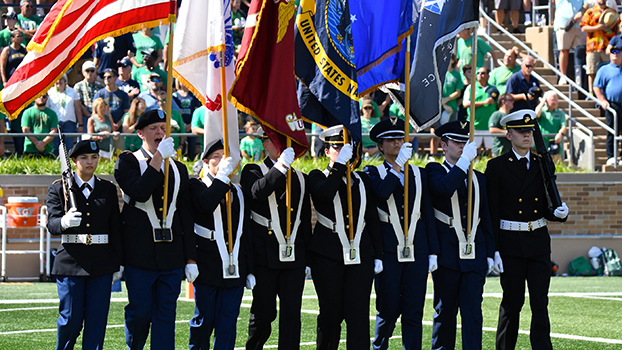 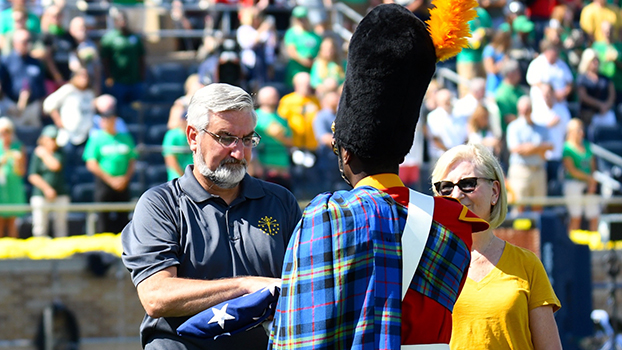 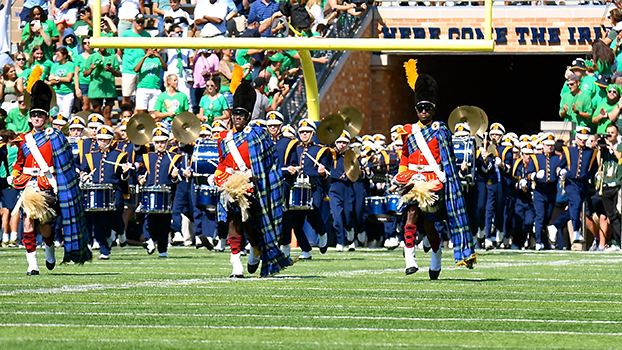 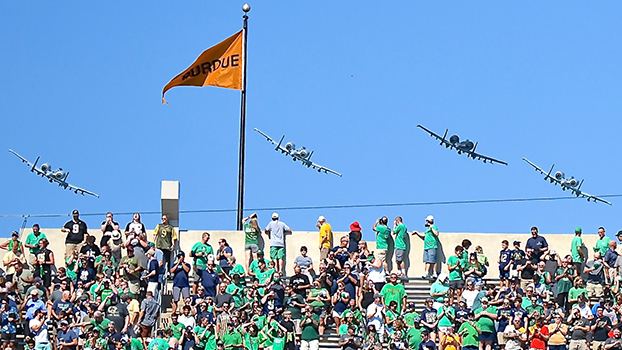 SOUTH BEND — Brian Kelly and the Notre Dame football team have been searching for answers in every phase of the game.

After lackluster performances in their first two games, the 12th-ranked Fighting Irish (3-0) took some steps in the right direction with a 27-13 home victory over in-state rival Purdue.

The win was Kelly’s 105th at Notre Dame, tied with legendary coach Knute Rockne for most in program history.

While the moment was not lost on him, Kelly was quick to credit his supporting cast for allowing him to have this success.

“It takes a lot of things to be in place for that to happen,” Kelly said. “Father John has been with me on this journey, Jack [Swarbrick] has been on this journey. Consistency, leadership, alignment, all these things have to come together to get this point. You can’t — look, we’re going to play our rival and they’ve had a number of different head coaches at their university. You know, I’m talking about our rival on the west coast. This is not to smear them at all. I’m just saying it requires consistency to get to these marks.”

The game did not start the way Kelly would have liked. Five seconds into the game, Jack Coan was sacked by Jaylan Alexander for a loss of nine yards. Notre Dame’s first two possessions ended in three-and-outs.

The Irish found life on offense when Coan found Avery Davis for a 20 yard gain. A few plays later, Coan tossed a 40-yard touchdown pass to Kyren Williams to put Notre Dame up 7-3 early in the second.

A fourth-down stop via a Kyle Hamilton tackle keyed a 10-play, 48-yard scoring drive capped by a 28-yard Jonathan Doerer field goal which gave Notre Dame a 10-3 lead they would take into halftime.

After being quiet for three quarters, Kyren Williams broke free for a 51-yard touchdown run that broke the game open.

“We [made big plays] and we missed them obviously as well, right,” Kelly said. “I thought Avery Davis was outstanding. I will add that as a captain, he led by example during the week. His standard of preparation was what everybody needs to model after. I said that in the locker room tonight. His performance showed that. So we gotta get others to model that as well.”

The Boilermakers trotted out senior quarterback Aiden O’Connell in the fourth quarter in favor of Plummer. Trailing 27-13 with less than three minutes remaining and Purdue driving with a chance to make it a one-score game, O’Connell’s pass was intercepted by Hamilton in the end zone. Notre Dame would kneel to end the game.

“There is only one guy that can make the plays he did today,” Kelly said. “You guys watched it.  That fourth downplay, how good was that? That was pretty good, wasn’t it? I thought it was, too and I was standing right there. I would pay to watch him play. He’s a really good player if you guys didn’t know that. He does some things that surprise me at times, his awareness, tackling, and he had a really good week, too. He’s another guy that is a captain, has stepped up his preparation, and it showed today.”

Many eyebrows were raised after lackluster performances from the Notre Dame defense in the first two games. While not a perfect performance, Kelly liked what he saw from defensive coordinator Marcus Freeman’s unit on Saturday.

The Irish defense allowed just three plays of 20-plus yards.

“You saw the structure of our defense today,” he said. “We added some things in there that I think will be part of what we do. I thought we executed better. I thought we tackled better. Not great, but better. We still have to continue to leverage the ball a little bit better. This was an improvement, and there were going to be some growing pains and there were, but we did it through some wins. We’ve got an ACC win, a win against a really good MAC team, and we got a Big10 win as we continue to grow and develop.”