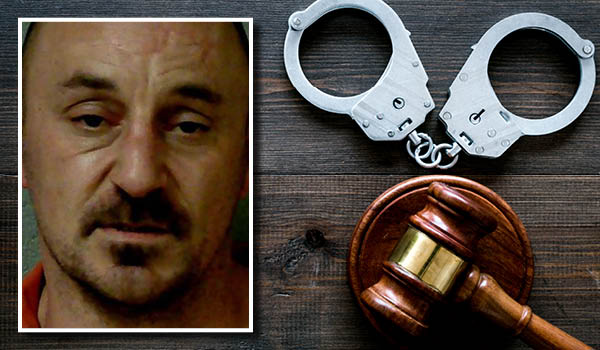 Shawn Allen Spurlock, 41, of Hospital Street in Cassopolis, pleaded guilty in three files and was sentenced to prison in two of them. He is also facing charges in Berrien County and Elkhart County as well as charges in federal court.

He pleaded guilty to use of marijuana and receiving and concealing stolen property under $200 and was given credit for three days served, $625 in fines and costs and $7,479.69 restitution. That incident occurred Nov. 17 in Cassopolis and involved stolen tools and meth.

He also pleaded guilty to possession of narcotics/cocaine less than 25 grams and was sentenced to 17 months to four years in prison with credit for 13 days served and $698 in fines and costs. That incident occurred March 3 when police stopped him in Mason Township.

Judge Herman told Spurlock that the sentences are concurrent and can be served in any correctional facility. Spurlock faces a federal sentence of between 10 and 15 years in prison when sentenced later this year.

“Your criminal activity has come home to roost,” he said.

“With the current situation, it’s a meth induced train wreck,” Fitz said. “A variety of fuels have taken him down the road to disaster. His attorney arranged this agreement because one of the charges had a minimum of 72 months in prison. The bottom line is that he has to get off drugs.”

“I hit a trigger and didn’t know what to do,” Spurlock said. “My life has been a major train wreck. It took about a month and half in the county jail to get my head clear and realize that I did it.”

Also Friday, Jonathon Lee King-Weinberg, 28, of Sturgis, pleaded guilty to receiving/concealing/possession of a motor vehicle and possession of ammunition by a felon and was sentenced to 36 months to 10 years in prison with credit for no time served since he was on parole. He must pay $1.616 in fines and costs and more than $17,000 in restitution to the Cass County Road Commission and an individual.

The incident occurred Feb. 26 near Marcellus when he stole a vehicle and crashed it into a frozen lake.

Judge Herman noted that King-Weinberg’s past record includes six felonies and nine misdemeanors. The judge said King-Weinberg has been using drugs and alcohol since age 7.

The judge noted that while the defendant has said he has changed after escaping from the frozen lake, he has threatened staff and gotten in fights during his time in the county jail.

“That doesn’t sound like someone trying to change his life because he received a sign from God, your actions reveal the truth,” he said. “You’re trying to tug on my heartstrings to catch a break.”

• Marc Loyd Parsons, 37, of M-62 in Cassopolis, pleaded guilty to possession of meth and was given credit for five days served and $1,548 in fines and costs. The incident occurred March 18 in Cassopolis. He also pleaded guilty to violating his probation from a 2020 possession of meth conviction and had that probation revoked and was given 120 days in jail with credit for eight days served.

• Kimberly Sue Tholen, 58, of Shirley Lane in Edwardsburg, pleaded guilty to possession of meth and embezzlement $200 to $1,000 and was sentenced under a deferred sentencing to credit for one day jail, $1,558 in fines and costs. The incident occurred May 20, 2019, in Edwardsburg. She stole lottery tickets from the Edwardsburg Marathon. She was given the deferred sentence because of health concerns.

• Juan Landa-Rojah, 23, of M-60 in Cassopolis, pleaded guilty to delivery/manufacture of 200 plants or more of marijuana and was sentenced to 365 days in jail with credit for 112 days served. He must pay $5,198 in fines and costs. The incident occurred May 28 in Cassopolis when the grow operation was discovered. He is in the country illegally.