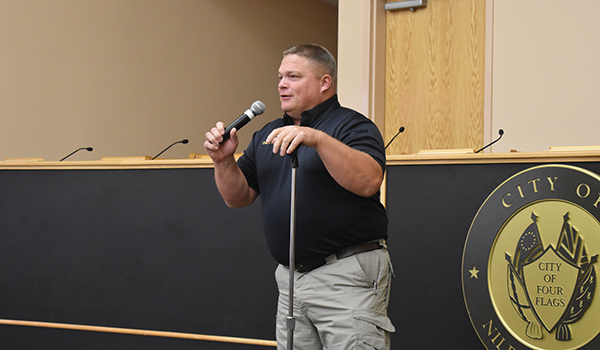 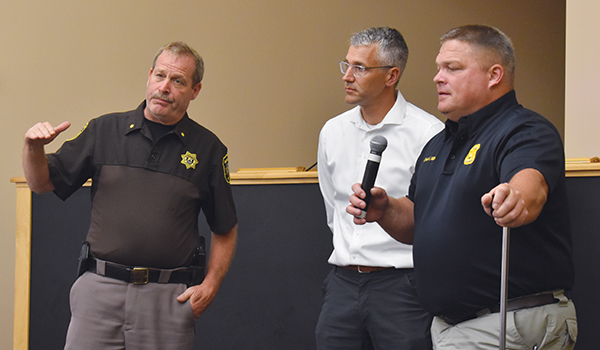 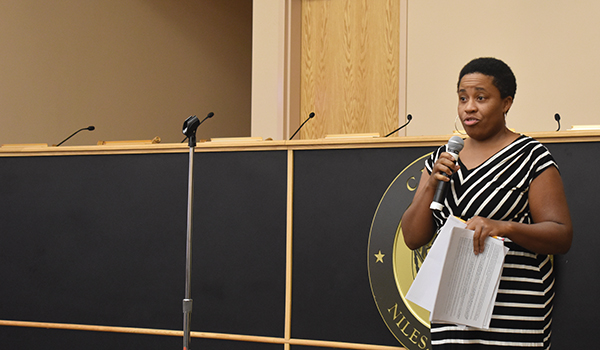 NILES — An event hosted in the heart of Niles this week aimed to help bridge the gap between law enforcement officers and the residents they serve and protect.

Boggs said she wanted to host the town hall meeting both in response to increased crime in the city and to help educate the public on how law enforcement operates.

The meeting was hosted in a question-and-answer format, allowing law enforcement officers to answer questions directly from the audience.

“We want to answer any questions or concerns the citizens of Niles may have with law enforcement,” Millin said. “I’ve done several of these meetings over the years, and the biggest thing is education. A lot of time, citizens have no idea how police operate because they generally don’t have contact with law enforcement, which is a good thing. Times like this allow us to exchange information, educate each other and try to make Niles and the Niles community a better place.”

The first topic addressed was recent criminal justice reforms passed by the state legislature. In effect since April, the reforms change the way officers respond to certain calls. Aimed at shifting people away from jail unless they are a danger to the public, the reforms recommend that most misdemeanor charges will result in an appearance ticket rather than arrest.

Several residents were concerned that the changes allowed misdemeanor criminals to remain in the community without repercussions. Schoonveld assured attendees that though the changes kept misdemeanor offenders out of jail at the time of the incident, they still had to go through the criminal justice system.

Though the meeting touched on several different topics, many in attendance ultimately wanted to know what could be done to keep their communities and neighborhoods safe.

Though Millin said there are many complexities to law enforcement and the criminal justice system, he believes there is one thing all residents can do to help make their communities safer — work together.

Following the meeting, Boggs said she believed the town hall was a success.

“I think it went great,” she said. “People were concerned and asking questions, and I hope it can begin a change in our neighborhood.”