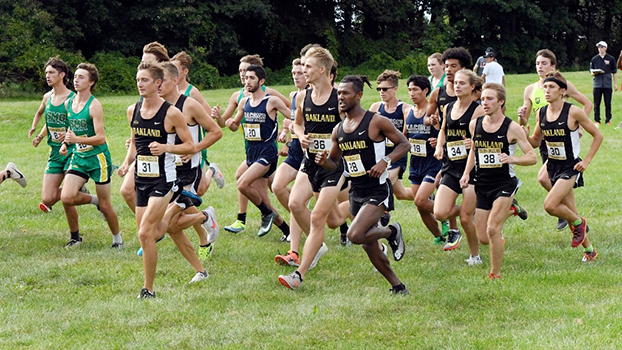 The Roadrunners, returning to collegiate athletics for the first time in 25 years, finished third overall in the women’s 4,000-meter race and fourth in the men’s 5,000-meter race.

The individual champion was Rachel Kempt from Oakland with a time of 14:36.

The Golden Grizzlies also scored 15 points to win the men’s race, while St. Clair County was second with 71 points, Cleary University third with 99 points and SMC fourth with 107.

Oakland’s So Yami Albrecht was the individual winner with a time of 18:47.

Complete results can be found online at leaderpub.com by clicking on the Daily Data link for Sept. 4.