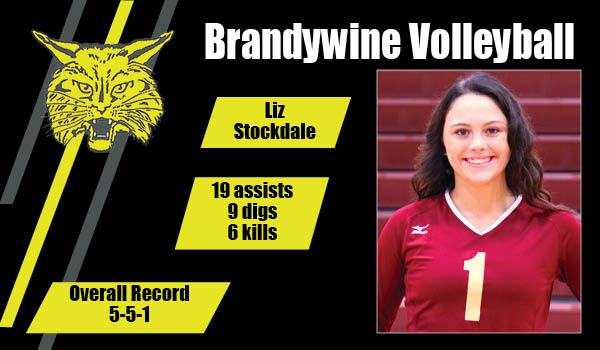 Brandywine returns to the court Sept. 11 when it takes part in the New Buffalo Invitational.

The Eddies were defeated by host Berrien Springs 5-3 in a non-conference match Thursday.

Harrison Smith and Trace Miliken were winners at No. 1 and No. 3 singles. Smith defeated Paul Cho 6-3 and 6-2, while Miliken defeated Yeonwoo Seo 6-3 and 6-4.

Picking up the lone win in doubles was Caleb Layman and Mitch Emenacker, who defeated Ben Cook and Johnathan Kertawidjaja 6-3 and 6-3 at the No. 3 position.

Edwardsburg returns to action Wednesday when it travels to Three Rivers for a Wolverine Conference match, which is set to begin at 4 p.m.