MSP canine attacked by another dog 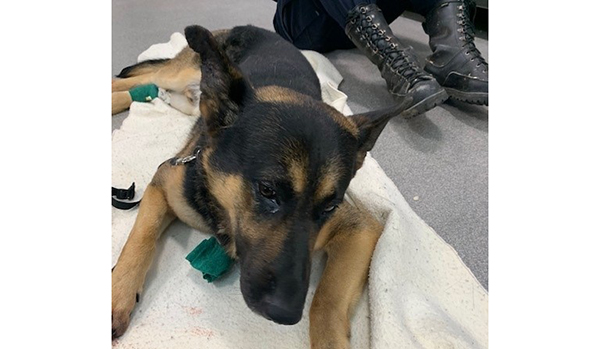 At approximately 9:55 a.m., an MSP canine handler was conducting an accelerant search, while investigating the scene of a possible arson of a residence, when it was attacked by an unleashed dog, according to officers. The handler was unable to stop the attacking dog and deployed his firearm, striking and killing the attacking dog.

The 4-and-a-half-year-old MSP canine was taken to the Michigan State University Veterinary Clinic where he is being treated for his injuries and is in stable condition.

Neither the trooper nor any citizen was injured.

The incident remains under investigation.