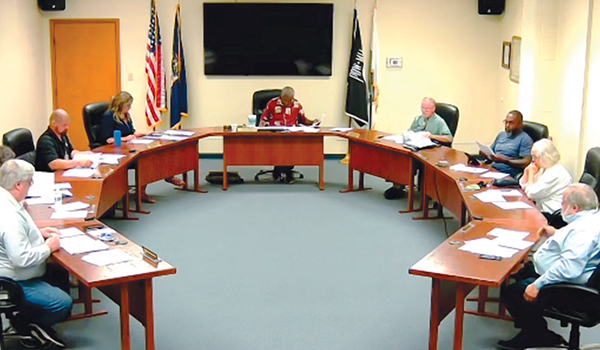 Thursday, during its regularly scheduled board meeting, the Cass County Board of Commissioners approved the Cass County Sheriff’s Office to purchase a new K-9 unit for tracking, as well as an additional K-9 unit for the patrol division. The initial costs and training for the K-9s are not to exceed $28,000, but Cass County Sheriff Richard Behnke estimated the cost would be lower, closer to $20,000. Following the initial costs, Behnke estimated a cost of $15,000 per year per K-9 in equipment costs, which would decrease after three years.

The Cass County Sheriff’s Office has utilized a patrol K-9 for the last 19 years. Currently, the department has K-9 Faust, which is handled by Deputy David Nevins. Faust is used as a partner in patrol settings for drug enforcement and tracking purposes. The sheriff’s office also has two tracking bloodhounds, Nellie and Britton, and a therapy dog, Baxter, which is used in the courts to help soothe crime victims.

According to a letter sent from Sheriff Behnke to County Administrator Jeff Carmen, K-9 Faust has developed an injury to his shoulder and leg that has hampered his effectiveness. As a result, it has been recommended that the department begin phasing Faust out of service.

“This is not a real surprise since a patrol canine is usually in service around eight to 10 years,” Behnke said. “We would like to retire Faust and train a new canine, plus add another patrol canine to our patrol division. This would give us coverage seven days a week and allow us to be more responsive to needs as they arise.”

Behnke said his office has been in contact with FMK9 in Berrien Center regarding the new K9s’ training. FMK9 has serviced the federal government and several law enforcement agencies throughout the country, including Berrien County and St Joseph County, Indiana.

“By having a local vendor, it will save many of the costs associated with training including not having to put the deputy in a hotel for training and recertification,” Behnke said.

The resolution to approve the K9s was approved unanimously by all commissioners.

In other news regarding the Cass County Sheriff’s Office, commissioners Thursday approved the installation of a Dynamic Air Filtration System at the Cass County Jail, which would provide clean air throughout the building. The total cost of the project was approved at $34,986.