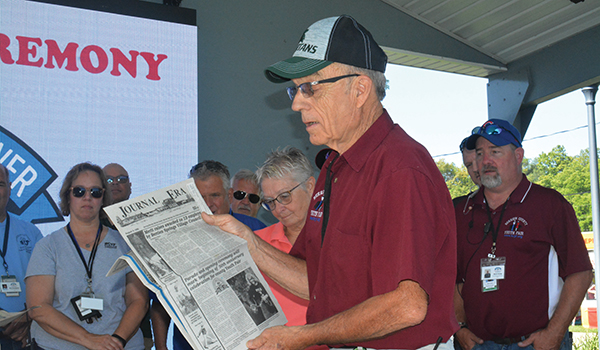 BERRIEN SPRINGS — Berrien County Youth Fair goers witnessed a blast from the past on Monday Morning.

Fair president Corey Burks introduced the fair board as well as special guests Marla Calico — president of and CEO of the International Association of Fairs and Expositions — and Sen. Kim Lasata, who presented the fair board with a plaque commemorating the fair’s 75th anniversary.

“This is a special occasion for us today,” Burks said. “I appreciate all of my predecessors that put this event on year after year.”

The capsule contained a variety of items, including fair programs, newspaper articles about the fair, award ribbons, animal ear tags and more.

“It’s great to look back and see what it was like back in ‘95, and then look ahead to where we are now 25 years later,” Smith said. “All of the improvements and how things have changed. The volunteers are still very much an essential part of it. We all are volunteers and we just enjoy working here. If we didn’t, we wouldn’t be here.”

In 1995, The Sand Sculpture Coalition created a 50th-anniversary cake and two pigs out of approximately 110 tons of sand located in the center mall area. Fifty-one candles were placed on the cake by the creators. One candle was removed and placed in the time capsule.

Smith was impressed by the candle’s condition.

“I was well aware that the candle was in there,” he said. “I was expecting to see maybe just a pile of sand that had fallen apart but it was completely intact, which is really amazing to me.”

Smith has seen the fair grow and evolve since his days showing animals and hopes the fair will continue to be a platform for children to showcase their hard work.

“I just hope we can continue to present an avenue for the kids that put all their time and everything into making their projects,” he said. “Taking care of animals, making cakes, making craft items and those kinds of things. I just hope that we can provide an avenue for them to display it. We’re moving into robotics because we have had an increase in interest in robotics.

I exhibited as a youth in my home county fair, and I just wanted to continue giving this opportunity to kids that are interested, so that’s what I’m looking forward to.” 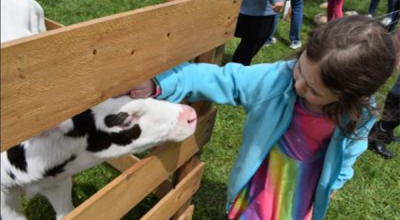