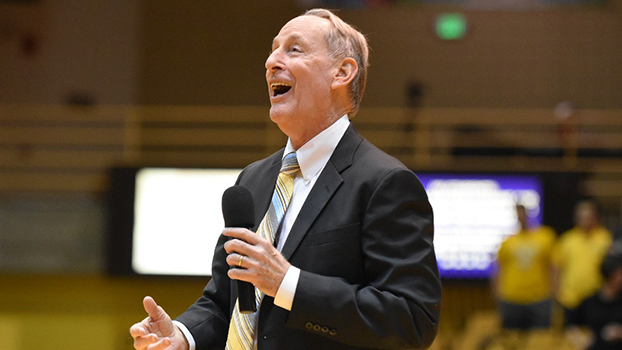 MISHAWAKA — Bethel University will host “An Evening with Homer Drew,” to honor the former Pilot men’s basketball coach and celebrate his induction into the National Collegiate Basketball Hall of Fame in 2019.

Drew began his head coaching career at Bethel, serving from 1976-1987, before going on to coach at Indiana University South Bend and Valparaiso University.

The dinner event will be from 6:30 to 8:30 p.m.  Tuesday, Sept. 14 at Bethel University. Proceeds from the evening will go toward renovating and refreshing the wellness and fitness space in Goodman Gymnasium. A VIP reception will be at 5:30 p.m. Tickets are $25 each for the dinner and an additional $100 each for the VIP reception.

In 11 seasons at the helm of the Bethel men’s basketball program, Drew recorded 252 wins — 84 wins more than the program had won in 18 seasons combined prior to his arrival — and coached the Pilots to the first national championship game in Bethel University school history, appearing in the NCCAA title game in 1981. Drew coached six NCCAA All-Americans during his tenure at Bethel and was named the 1980 NCCAA National Coach of the Year. He was inducted into the Al Beutler Bethel Athletics Hall of Fame in 1998.

Drew recorded 640 wins during his 34 seasons at Bethel, IUSB and Valparaiso, ranking sixth among active Division-I coaches at the time of his retirement. At Valparaiso, he led his teams to nine postseason appearances, including seven trips to the NCAA Tournament and one appearance in the Sweet 16, thanks to a memorable buzzer-beater shot by his son Bryce, upsetting Ole Miss in the first round. In 1998, Drew was honored with the Naismith Good Sportsmanship Award. He was inducted into the National Collegiate Basketball Hall of Fame in November 2019.

“We are so excited to have the opportunity to honor Coach Drew on this special evening,” said Bethel Athletic Director Tony Natali. “His induction in the National Collegiate Basketball Hall of Fame is an amazing accomplishment, and we are looking forward to celebrating his past here at Bethel University as well as this current honor. This will most definitely be a very special and exciting night for Coach Drew and Bethel University Athletics.”

Tickets for the dinner and VIP reception are on sale now through March 13 at BethelUniversity.edu/HomerDrew, or by calling Bethel’s Institutional Advancement office at (574) 807-7023.