One killed, three injured in three-vehicle crash on M-51 near Dowagiac 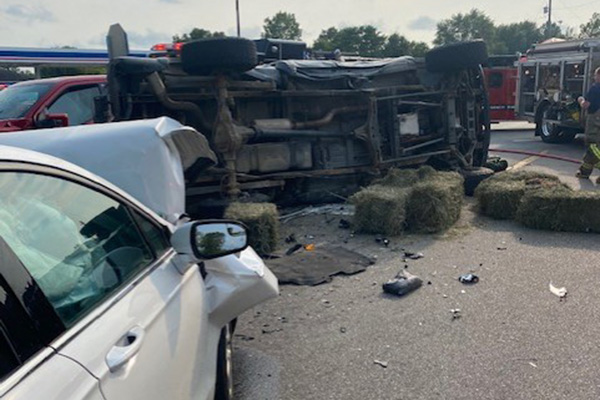 SILVER CREEK TOWNSHIP — A 21-year-old woman was killed, and three others were injured in a Silver Creek Township traffic crash Monday afternoon, according to the Cass County Sheriff’s Department.

An investigation by the sheriff’s office showed that  at around 5:51 p.m., Robert Baxter Jr., 46, of Dowagiac, turned his GMC Sierra onto M-152 from M-51, in front of a Ford Fusion sedan. The sedan, driven by Cody Hetler, 21, of Berrien Springs, was traveling south on M-51 and unable to stop. Hetler’s vehicle collided with Baxter’s, which sent Baxter’s vehicle into a Ford F150 driven by Jeremy Corwin, 46, of Decatur.

Elizabeth Schoen, 21, of Osceola, was pronounced dead at the scene of the crash. She was riding in Baxter’s vehicle along with Kisha Baxter, 47, of Dowagiac, and Bryan Newman, 23, of Osceola. Robert Baxter Jr., Kisha Baxter and Newman were all transported by Pride Care Ambulance to South Bend Memorial Hospital for treatment of their injuries.

Schoen was the only passenger not wearing a seat belt.