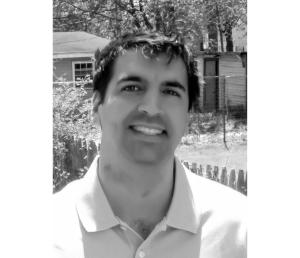 A Celebration of Life Service will be held on Saturday, Aug. 14, 2021, at 4 p.m. at Calvary Bible Church, 27032 Marcellus Hwy, Dowagiac, with Pastor Stacey Wilder officiating. Memorial contributions may be made in Michael’s name to Dowagiac Union Schools Athletic Department. Those wishing to send a condolence online may do so at clarkch.com.

Michael was born Sept. 20, 1988, in St. Joseph, to Paul DeRose and Patricia Humphreys. He graduated from Dowagiac Union High in 2006 with High Honors. Michael then went on to earn an Associate’s Degree from Michigan State University and later attended college in Alabama where he earned his Vascular Ultra Sound Technician license. Health and fitness were important to Michael. He had a love for sports, especially basketball. His favorite team was the Lakers, his two favorite players were Michael Jordan and Kobe Bryant. He enjoyed fishing and gardening with his family. Michael was known as a very handsome, intelligent and goal driven man. He was an author; he wrote a book called Eat Like a Local Atlanta and had his own website, thepoolgardner.com. Most of all he loved his family and friends and will be greatly missed by all who knew him.

Michael is survived by his parents, Paul DeRose and Patricia (James) Humphreys; sisters, Jennifer (Norman) Hutchins and Stephanie (Daniel Guajardo) Humphreys; paternal grandmother, Mary DeRose; step-grandmother, Edna Wade; and longtime girlfriend and love of his life, Catarina “Cat” Thomas. He is also survived by a large loving and extended family of aunts, uncles, cousins, a niece and nephews. He was preceded in by his paternal grandfather, Robert DeRose and by his maternal grandparents, Thomas and Maggie Kickliter.