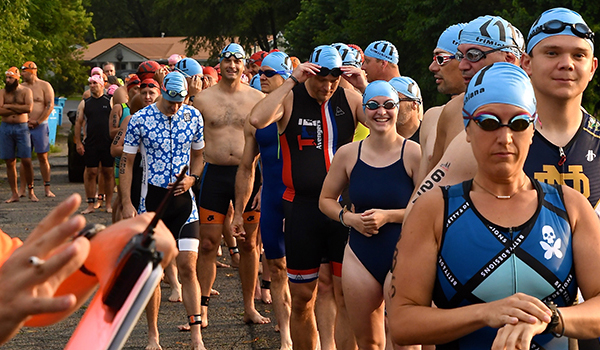 EDWARDSBURG — Heath Schuh, of Edwardsburg, had to wait a year to defend her Eagle Lake Triathlon crown.

Schuh, who won the 2019 title, was the women’s overall champion on Saturday with a time of 56.37.03. She easily defeated runner-up Mary Ward, of Rolling Prairie, Indiana, who finished with a time of 1:05.03.

The long and short sprints were combined for 2021, and there was a new course.

The final leg of the triathlon was a run out and back along South Shore Drive.

For more results and photos, go to leaderpub.com.