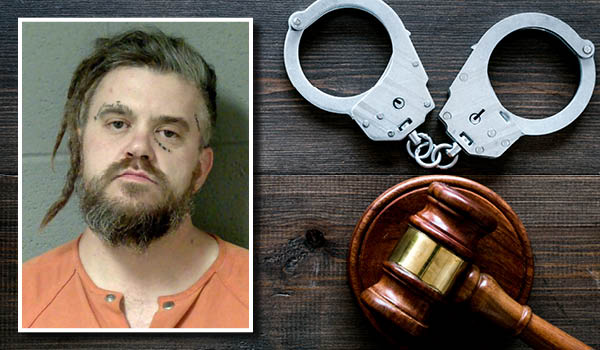 CASSOPOLIS – A Kalamazoo man convicted of killing a Dowagiac man in early 2020 had his motion to withdraw his plea denied in a Monday Cass County Circuit Court hearing.

Carlton pleaded guilty to second-degree murder last year in the January 2020 shooting death of Michael Collins inside a home on Louise Street in Dowagiac. He was sentenced last December to a prison term of 43 to 70 years. A dozen or more other charges including felony murder were dismissed.

Carlton’s co-defendant, Jay Vincent Penar, of White Pigeon, also pleaded guilty to second-degree murder and was sentenced in June to 26 to 50 years in prison.

Roach and Carlton argued Monday that he should be able to withdraw his guilty plea and cited ineffective counsel from his original attorney, James Miller.

Carlton testified under oath that he understood he could face more serious charges and the potential for a higher sentence if he withdrew his plea and was convicted at trial of other charges such as first-degree murder and use of a weapon in the commission of a felony.

In oral arguments Monday, Roach claimed that the possibility that Carlton will ever be released on parole is unlikely given his current age and the 43-year minimum prison sentence.

“Parole is possible but extremely unlikely,” he said.

He said the plea agreement Carlton accepted on advice from his original attorney actually did not benefit him at all.

“For all practical purposes, he did plead to life without parole,” Roach said. “There is no benefit here for him.”

Roach said that while Judge Herman sentenced Carlton within the sentencing guidelines, that argument was meaningless and the plea agreement illusory given Carlton’s age, the prison sentence and his likely life expectancy.

“He would be better off with life with the possibility of parole, a life sentence would be before for him from a parole eligibility standpoint,” he said.

Judge Herman disagreed. He said that he found no case law that allows a judge to sentence a defendant below the guidelines just because of the defendant’s age at the time of his conviction.

“Do I somehow have to give them an opportunity for parole because of their possible life expectancy,” he asked. ‘There is no case law saying I have to calculate life expectancy when sentencing.”

Cass County Prosecutor Victor Fitz said that his office had a strong case against Carlton if it had gone to trial, including a confession, the co-defendant’s testimony and other evidence.

“The defense counsel rightly believed that Mr. Carlton could face a felony murder and felony firearm conviction,” he said.

“This was a plea agreement that did have benefits for the defendant,” Fitz added. “Was the farm given away? Absolutely not, but there were benefits to the defendant … He took a calculated decision, and there is a possibility he can live into his 80s or 90s and get out on parole. … He knew there is no guarantee he will reach parole age but there is a reasonable probability he will reach parole age.”

Judge Herman noted that Carlton and his appellate attorney weren’t claiming any error in the proceedings.

“I don’t think the plea was illusory,” he said. “Your position was that you had ineffective assistance of counsel and bad advice was given.”

The judge denied Carlton’s motion, saying that he found no errors in the plea agreement, that he sentenced Carlton within the guideline range and that case law doesn’t allow a defendant to withdraw a plea solely because of bad advice given.