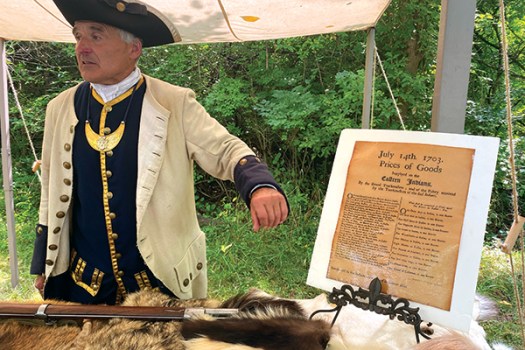 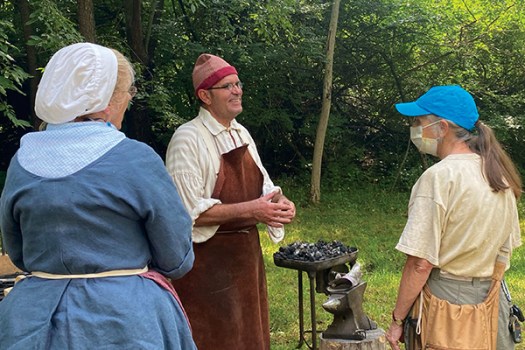 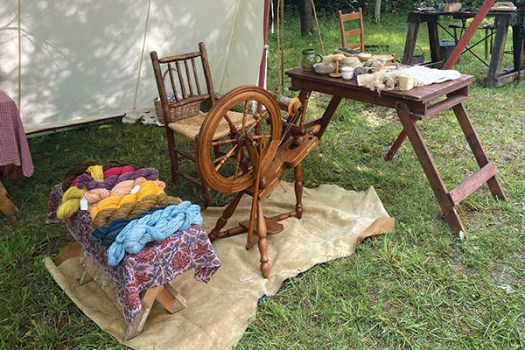 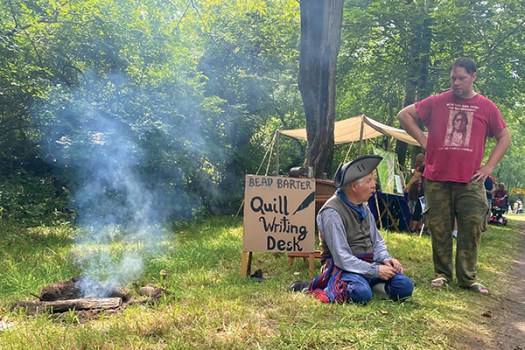 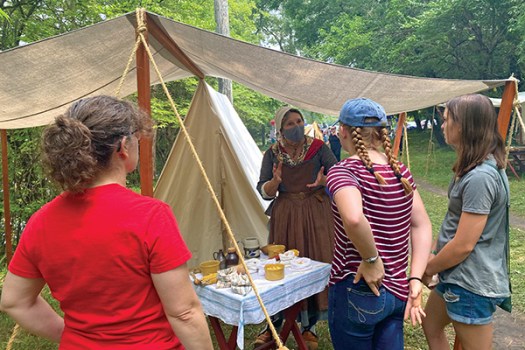 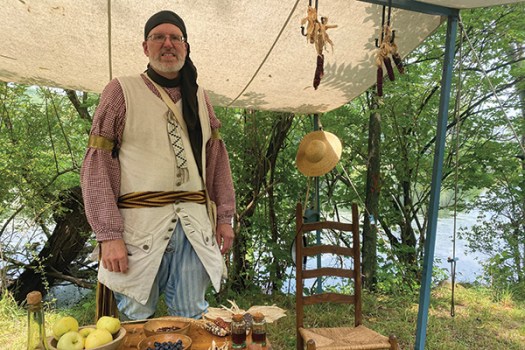 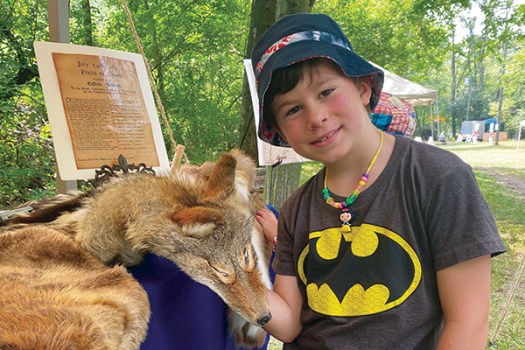 NILES — A dirt road off of Bond Street represented a trail through time Saturday, as the site of the Fort St. Joseph was transported back to its original state.

Saturday afternoon, Joe Zebko paused too wipe sweat from his brow as he explained to a young boy from Dowagiac how fur was a status symbol in early America.

Zebko, a former history and physical education teacher at Ring Lardner, has traveled far and wide to share America’s history.

“You needed two things in order to [be a reenactor],” Zebko said. “Number one you need time and the second thing you need is money, so you get the kids out of the house, and you have both. So now instead of spending it on goofy things I can spend it on stuff like this,” he said, motioning to an elaborate costume.

Zebko showed passersby his sample beaver furs, which would have been bartered for other goods, like guns or food. He also had coins and pieces of coins on hand, and showed visitors to his tent how settlers used pieces of coins to pay less than $1.

Across a dirt path, John Frambach, of Sawyer portrayed another French soldier showed snacks and food from the era.

Like Zebko, Frambach enjoys reenacting as a hobby, and began about 30 years ago after being invited by a friend he did community theater work with.

Frambach said he has traveled throughout the Midwest attending many historical events, but the Fort St. Joseph event is different from most.

“For one thing it’s on an actual [historical] site, so that’s the great part that we’re interpreting what was actually in this area,” Frambach said. “We also go to events. We’re often and municipal sites or community events, so we’re often in a park or a field. The historical part of this is very cool.”

Deeper into the woods, visitors could view the fruits of the last several weeks of labor by archaeologists visiting the site. For the past 20 years, Western Michigan University has partnered with the city of Niles to dig for artifacts left behind at the Fort St. Joseph.

According to the Niles History Museum, Fort St. Joseph was founded in 1691 and was abandoned in 1781. It was a trading post, mission and garrison located on the St. Joseph River in Niles. The Fort was controlled by three European countries: France, Britain and Spain, and was also occupied by several Native American groups, including the Potawatomi.

The event continues from 10 a.m. to 4 p.m. Sunday near Fort and Bond Streets and is free and open to the public.

Merchandise and food will be available for sale. Several community groups have helped to sponsor the event including Support the Fort Inc. and the City of Niles.