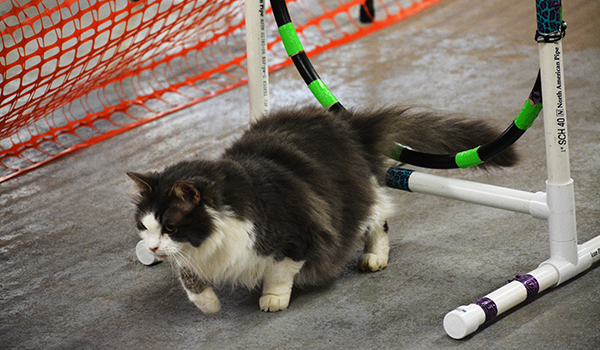 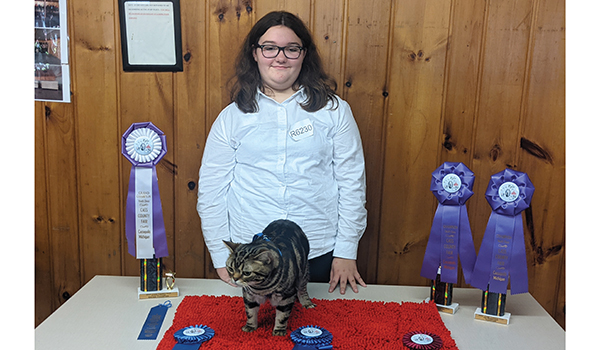 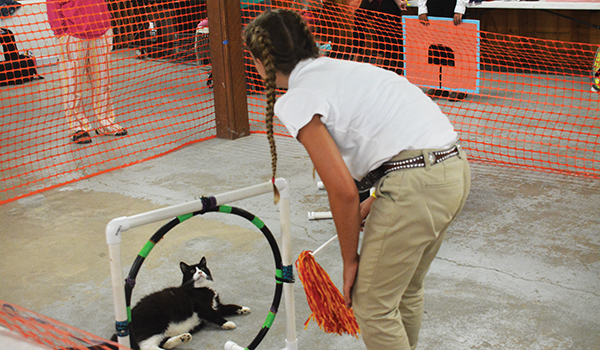 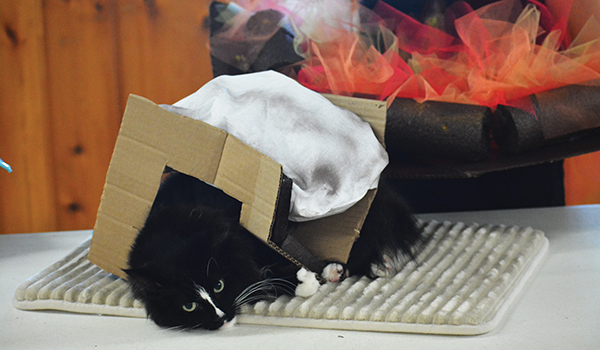 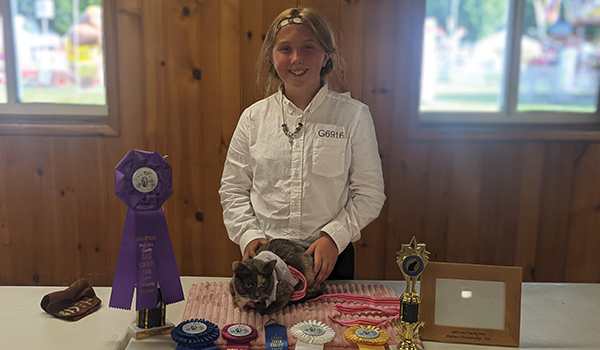 CASSOPOLIS — A feline fiesta took place on the downstairs floor of the Cass County Fair Memorial Building Thursday morning, much to the delight of Maddie Reske.

The county’s top cats competed for treats and trophies in the Cass County Fair Cat Show Thursday morning. With help from her American shorthair, Eagle, the Niles native was named Grand Champion Showman.

This is the second year Reske has shown cats.

“Being able to give knowledge about my cat is my favorite part,” she said.

In addition to her showmanship award, Maddie’s cat, Eagle, was named champion feline and champion shorthair. According to Maddie, his personality is primed for showing.

“His breed is very outgoing,” Reske said. “He doesn’t hide when people come over so that he can be the center of attention all the time.”

In the costume competition, Katelin Glon and her calico cat, Princess, earned the overall costume championship for their depiction of a camper with its tent. Princess was dressed as a girl scout camper while Glon was the tent.

The Dowagiac native has been participating in cat shows for four years and enjoys making costumes the most.