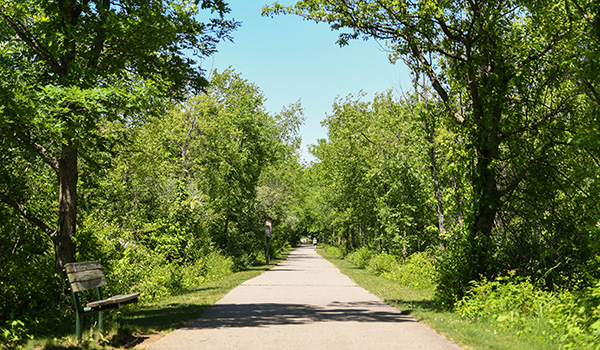 The county Summer Olympics idea came from Benton Harbor City Commissioner Jerry Edwards. “What I am envisioning is that each event would be held in a different city,” he said. “It would give kids something to be involved in. I’m asking for your support and help in framing it out.”

County Commissioner Rayonte Bell said he has talked with Edwards and likes the idea.

“I think it’s a great idea,” he said. “As a board, we should look into it. It’s something where we could engage youth more and help them feel like community.”

County Administrator Brian Dissette also seemed to like the idea. He said he will be talking to County Parks Director Jill Adams as well as representatives of the Boys & Girls Club to see if they’re interested in participating.

Edwards’ discussion came out of the county board’s decision to approve a memorandum of understanding between the county and the Indiana Michigan River Valley Trail organization. The resolution approved authorizes the staff of the county’s Parks & Recreation and Road Departments to partner with other agencies to further the project.

The trail currently links the South Bend-Mishawaka area to Niles Township and the city of Niles with the goal of moving the trail northward to Berrien Springs and beyond. Current plans call for the trail to run north from Niles to Berrien Springs primarily along old AEP and railroad right-of-ways to Rangeline Road.

Administration Committee Chairman Jim Curran and Commissioner Dave Vollrath reported that the county is eligible for up to $27,024 in funding from the state to cover the costs of increased patrols to enforce drunk driving, speeding and safety belt laws for a year starting Oct. 1.

The veteran services grant from the Michigan Veterans Affairs Agency will provide the county with $134,083 with no matching fund requirement. The funds will allow the county veteran affairs office to continue programming and outreach efforts to area veterans.

Curran said the Michigan Indigent Defense Commission has approved the Berrien County Public Defender Office’s grant request. The office will get a total of $4,077,849, with $3.5 million coming from the state and more than $569,000 coming from the county. The funding will allow the office to continue its services plus add attorney and social worker staffing.

The “Raise the Age” grant follows up on a new law that now treats 17-year-old offenders as juveniles rather than adults. The grant will cover all the costs of adding 17-year-olds to the juvenile system and easing that transition up to a maximum of $275,000.

Commissioners also received the annual audit report from Nate Baldermann of the Rehman-Robson accounting firm. Baldermann gave the county a clean, unmodified opinion. He noted the challenges of the last year including conducting the audit remotely and overseeing a large amount of federal COVID relief funds received this year.