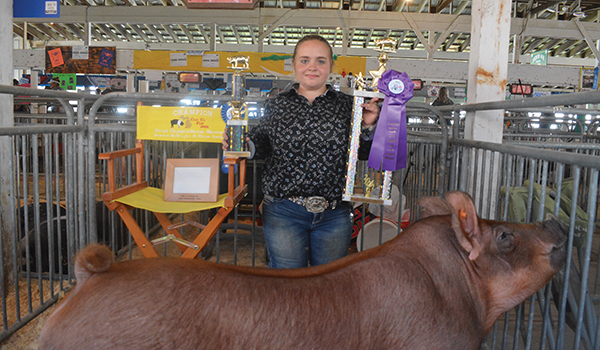 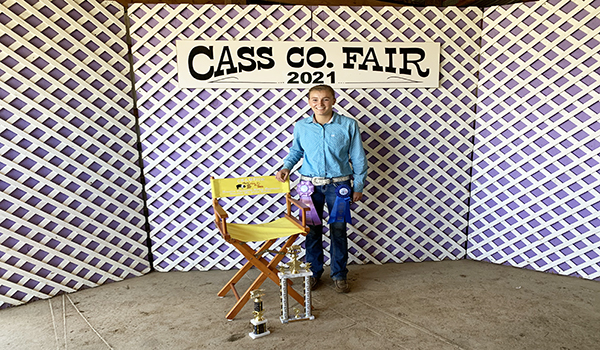 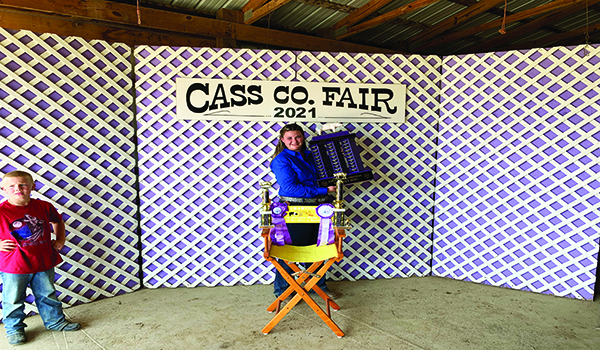 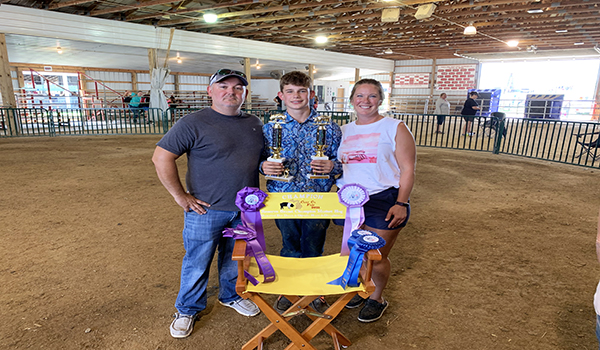 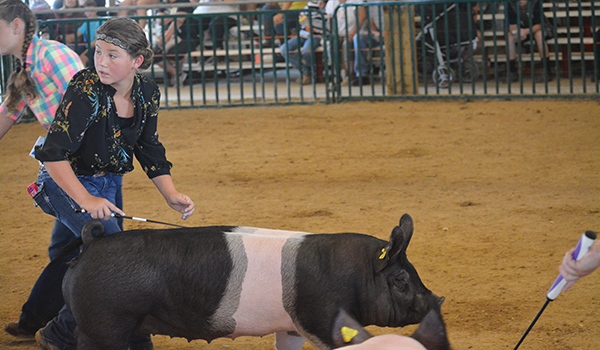 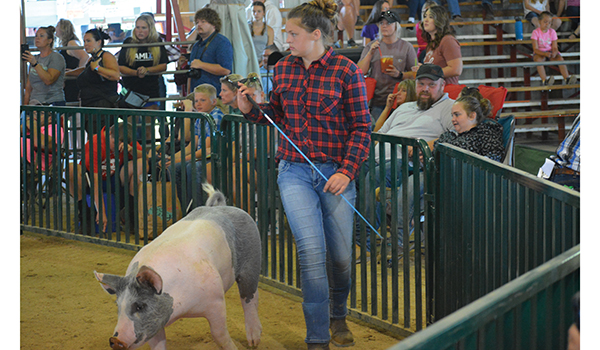 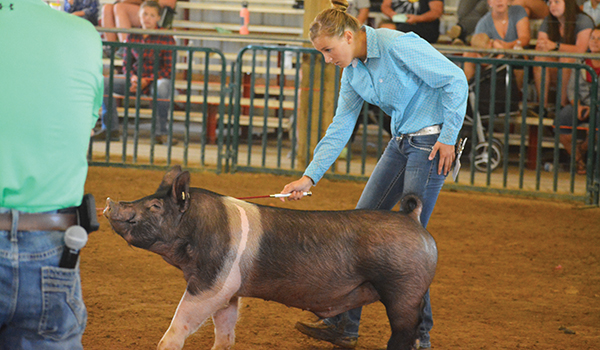 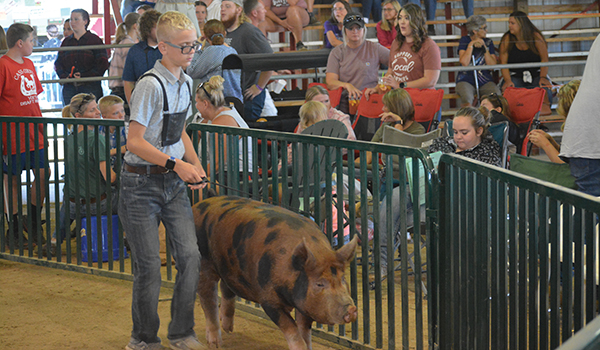 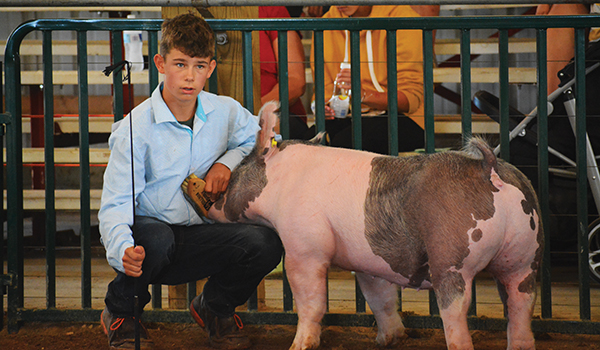 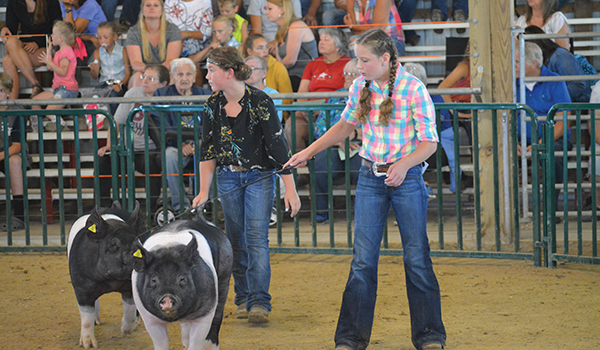 CASSOPOLIS — Brianna Stockwell was all smiles at the Cass County Fair on Tuesday.

“I was really excited,” Stockwell said. “I’ve won it before, so it was really cool to get it again. I worked really hard.”

The swine show was just the latest event for Stockwell, who has traveled the country this year to compete in various swine competitions. The hard work she has put in with her animal paid dividends in Tuesday’s competition.

“I’ve spent hours and hours walking this hog,” she said. “He got baths every single day. He’s cleaner than most people’s children. He gets a lot of treats and a lot of belly rubs.”

For Stockwell, treating a hog with care goes a long way toward its behavior in the pen.

“You don’t have to hit them very hard,” she said. “The harder you hit, the worse it is. They should be able to walk with you very nicely and you shouldn’t have to hit them at all. It’s a lot of trust with the animal. The animal trusts you to take them where they need to go as long as you keep walking.”

A Dowagiac Union High School graduate, Stockwell will be attending Black Hawk College in Kewanee, Illinois this fall on a full-ride scholarship to be a member of the school’s Livestock Judging program.

Before that, she and Bomber hope to continue their winning ways at the Michigan State Fair Labor Day weekend in Novi, Michigan.