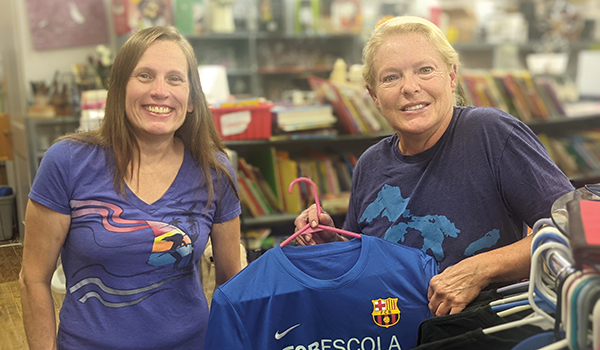 NILES — Clothes are flying onto the shelves of resale stores across the country, and southwest Michigan is no different.

In southwest Michigan and beyond, thrift and resale stores have seen a dramatic increase in donations in recent months.

According to Darlene Barrier, floor supervisor at Niles Goodwill, 918 Silverbrook Ave., the store has seen an influx in donations unlike anything seen before.

“We had donations lined up and down the side of the building,” Barrier said. “We were having to sort in the parking lot. It just kept coming and coming. I’ve worked here for two years and haven’t seen anything like this.”

The nationwide labor force shortage has made accepting and sorting donations a challenge, Barrier said.

“It’s been very stressful and hard at times,” she said. “There’s not a lot of people out there filling out applications. It’s kind of like survival mode, you just put your head down and do it. We’ve got a better handle on it, but we’re still digging ourselves out of it.”

“The inside of the store was closed during the pandemic,” she said. “One person was running the drive-through drop-off. It was really slow then. That’s why I thought [the recent increase] was strange. I thought it would have been really busy last year because everybody’s at home. That’s what I was thinking, but it’s been the exact opposite.”

In addition to people wanting to get out of the house and feel productive, Barrier believes that stimulus checks are a factor in the donation increases.

“People are getting rid of the old and replacing it with the new,” Barrier said. “I think that has been a big part of it. I expected it when the pandemic slowed down, but we’ve gotten a lot more people in the store too.”

Like Goodwill and other local organizations, Helping Hands of Cass County, 130 S. Broadway St., Cassopolis, has seen a dramatic uptick in donations in recent months as well.

Helping Hands Board President Diane Seifert has never seen anything like it in her nine years overseeing the nonprofit food pantry and resale store.

“Because of the pandemic, people are cleaning out their closets and have more time at home,” she said.

While Cass County will always be Helping Hands’ emphasis, the abundance of donations has allowed the nonprofit to increase its outreach in Cass County and the surrounding areas. Organizations Helping Hands has been working with include Sam Adams Elementary School, Granger Community Church/Monroe Center, Broadway Parish in South Bend, ISD North Point Center, Action Ministries, La Perla Migrant Support and Soles for Soles.

“This not only allows us to share our donations but is truly an opportunity to build relationships with other support organizations and not-for-profits,” Seifert said.

In response to the increase in donations, many thrift stores are offering deals on products to shed inventory in order to make room for more. Helping Hands is no different, and has expanded its “$2 per bag” clothing sale — which allows customers to fill a plastic shopping bag with clothes for $2 — from one week per month to the entire months of July and August.

“We’re trying to use a multi-pronged approach,” Seifert said. “We’re trying to keep goods in the community by offering specials, but we’re also reaching out to other communities 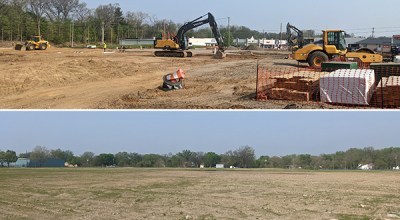 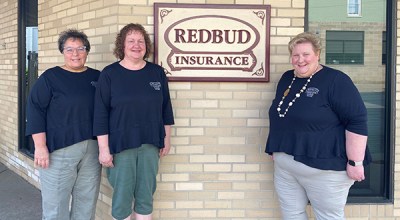