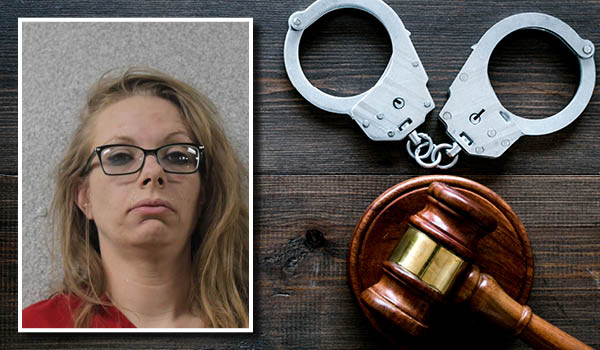 In a meth and stolen property case heard Monday in Berrien County Court, the victim said that the incident has left her afraid to leave her house after her purse and her van were stolen. She said she lost pictures of now-deceased family members and other items she can’t replace.

“I don’t think I’ll feel safe ever again,” she said.

Nicole Renee Oliver, 35, of Dowagiac, pleaded guilty to receiving, concealing and possession of a stolen vehicle and was sentenced to two years’ probation, 120 days in jail with credit for 51 days served and $2,924.28 in fines, costs and restitution. She also pleaded guilty to use of meth and was sentenced to credit for 51 days served. She can serve the rest of her jail sentence in the Twin County Probation program.

The incident occurred April 10, 2020, when the victim’s purse was stolen out of her van in a local store parking lot. The victim’s home was later broken into, and the keys to the van were taken and the van stolen.

Oliver also has burglary and meth related charges as well as a probation violation charge facing her in Indiana.

Judge Schrock praised the victim for her articulation of how the crime affected her. “You articulated as best as anyone I’ve heard in my 13 years on the bench,” he said. “In people’s narcissistic behavior, they never consider how their actions affect others. They don’t care about anyone else but themselves.”

He told Oliver that he was sentencing her to probation to give her a chance to stay off drugs. “People make mistakes, the question is how they evolve afterwards,” he said. “You’re young enough, this is not the end of your life.”

For her part, Oliver said she wanted to apologize to everyone involved.

“I lost control, got into drugs and was hanging around the wrong people,” she said. “I’ve never been in trouble before, I’m so sorry. … You don’t realize when you’re doing it that it hurts so many people.”

Other sentencings on Monday included:

NILES — An area resident is headed to prison on drunk driving charges after being sentenced Monday in Berrien County... read more