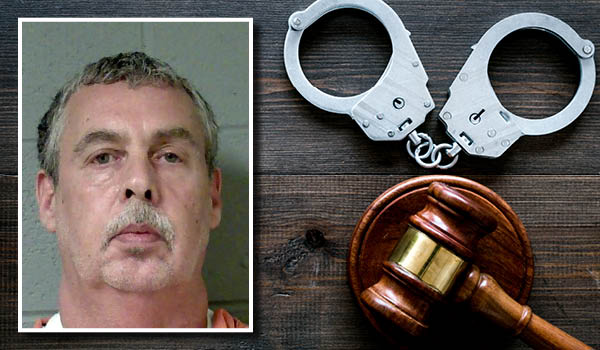 CASSOPOLIS – A former Southwestern Michigan College instructor accused of having improper relations with a student he was counseling has accepted a plea deal just days before his trial was to start.

Judge Kengis is an Allegan Circuit judge who was assigned the case when Cass County Circuit Judge Mark Herman recused himself. Herman was a member of the board of directors of the counseling center where Field worked and where some of the incidents took place.

Under the plea agreement announced by Chief Assistant Prosecutor Tiffiny Montenegro and defense attorney James Miller, Field will plead no contest to three counts of attempted aggravated indecent exposure, one count of perjury, one count of unauthorized practice of a health profession, one count of health care fraud and one count of possession of marijuana.

Montenegro said the agreement calls for Field to be sentenced to a term of probation, a county jail sentence not to exceed one year and no requirement to register as a sex offender. The rest of the charges against Field will be dismissed including charges of criminal sexual conduct and no additional charges will be brought against him from the investigation.

“We routinely discuss cases with the victims,” said Cass County Prosecutor Victor Fitz. “This case has languished in the system for a few years and our victims deserve to have the ability to go on with their life. In this case, she was comfortable with the agreement. He is being convicted of multiple sex offenses which will impact his getting teaching or counseling positions in the future.”

Judge Kengis noted that Field will be sentenced before him on Friday, Sept. 10 in Cass County Circuit Court at 8:30 a.m. He said Field will be given the opportunity to withdraw his plea if Kengis decides to sentence him to more than a year in jail or change any other terms of the agreement.

The half hour hearing Friday afternoon featured Field being sworn in and agreeing to the no contest pleas on the seven charges. Judge Kengis relied on the testimony from the 2018 preliminary hearing in the case for his findings of fact in accepting Field’s plea.

Judge Kengis used previous testimony and evidence to show that Field committed perjury when he testified that he had not had sex with the victim, that he had held himself out as a licensed health practitioner when he wasn’t, presented a false insurance claim for services rendered to another person, possessed marijuana in his home in 2017 and attempted to commit indecent exposure against the victim.

The incidents occurred between September 2015 and early 2018 when he perjured himself during a court hearing. The victim was a student of Field’s at SMC and also went to him for counseling at the Family Center in Dowagiac. She said the counseling took place there and the sexual relations at Field’s home next door to the center.

Field was arrested in the fall of 2017. The investigation of Field began earlier that summer after the victim told college officials about Field’s actions against her. They began investigating and recommended she contact the sheriff’s department.

SMC completed its investigation in late September 2017 when they fired Field. Field had been a popular instructor at the college before his dismissal.

Friday, Judge Kengis kept Field’s bond the same. Field has been free on $50,000 cash or surety bond since July 2018 after being held on a higher bond for several months after his arrest in September 2017.