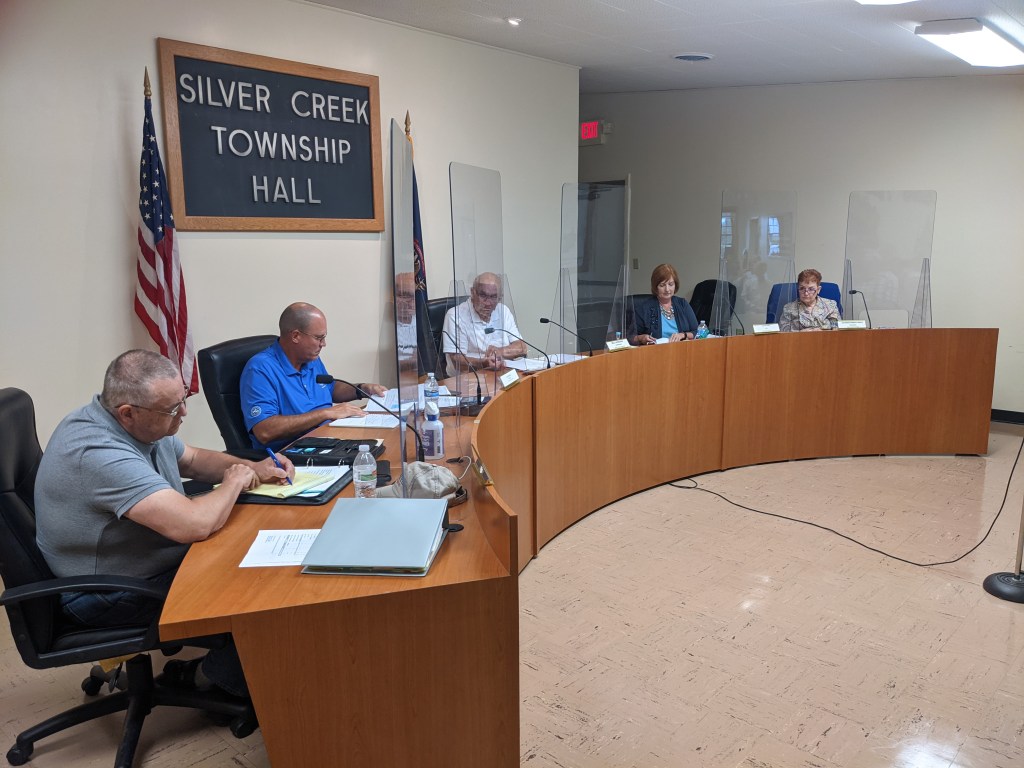 Dozens of concerned residents packed the hall as the board voted 3-2 against adopting the Little Crooked Lake Aquatic Weed Control Special Assessment District.

The SAD would have overseen the treatment and control of the weeds on more than 50 parcels — approximately one-third of Little Crooked Lake — that fall within Silver Creek Township borders. The remaining two-thirds of the lake reside in Keeler Township, whose board moved forward with its SAD process with a public hearing set for Aug. 3.

The creation of a SAD is typically done by petition of the property owners in a designated area who wish to make an authorized improvement. Petitions must represent 51 percent of the area around the lake and have the signatures of everyone listed as owners for each parcel to count toward the 51 percent.

Information was sent out to residents last year and again this past April, with the deadline for submitting petitions being June 1, 2021. According to the dissenting board members, while the petition represented more than 51 percent of the area around the lake, the primary reason for voting against the SAD was due to the petitions being submitted two weeks late.

“Nobody wants to do petitions, I get that,” Behnke said. “They’re a lot of work but it’s the right thing to do because you’re taxing so much. All of us on the board feel like you don’t want to tax people without having the petition saying it’s OK. They missed the deadline substantially and we never actually heard from their lake association until today.”

Several Crooked Lake property owners and officials were in attendance for the board meeting and voiced their disapproval regarding the board’s decision.

Crooked Lakes Association Treasurer Mike Conrad spoke in length about the importance of the SAD to the community. According to Conrad, the cost per homeowner for this year’s SAD would have been $47.50, down from the $84 it cost 10 years ago.

Conrad argued that the reason the petitions were submitted late was because the township did not allow for electronic signatures to be collected. Petitions had to be administered and submitted physically.

Behnke replied saying that surrounding lake associations were able to meet the deadlines asked of them to allow their processes to move forward.

“Everyone had the same timeframe,” she said. “In April, we sent out mail and emails to the presidents of the lake associations. If they chose not to pursue it at that time then that was their choice. It’s important to understand that there are other people and groups that we need to be fair to.”

While the board will not consider a SAD for Little Crooked Lake this year, petitions for a new SAD can be circulated starting in April 2022 to be completed by June 1st, 2022 for a new SAD to be collected beginning December 2022.