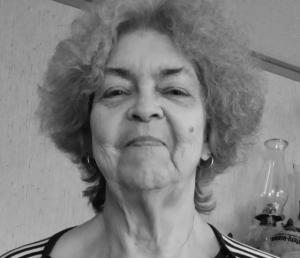 Lila was born on Aug. 16, 1942, to the late Emerson and Cleao (Skinner) Vaughn. She graduated from Niles High School in 1961 and later had three children. Though Lila worked for many years at Ponderosa, where she was fondly remembered as a very hard worker, over the years she was mainly a homemaker and her family was her main priority. She was known by her grandchildren and great-grandchildren as “Grandma Cookie” because she always had a cookie jar full for the kids when they got to her house.

Lila was wonderful with all sorts of crafts; she even made the flowers for her daughter’s wedding, gave her works to family and friends, and sold them at craft shows. She was an animal lover and fed the birds daily. The squirrels were never left out and she always had peanuts for them to munch on as well. Her sense of humor never wavered; even at the end of her life, under hospice care, she would have the nurses belly-laughing. Lila was a princess to her family and they enjoyed spoiling her as such.

She was preceded in death by her parents; son, Mark Olsen; sister, Carolyn Vaughn; and brother, James Vaughn.

Lila is survived by her children, Richard (Jane) Olsen Jr. of Niles, and Christine (Mike) Conklin of Niles; 12 grandchildren; 20 great-grandchildren; and many extended family members and close friends.

Funeral services to honor Lila’s life will be held on Monday, July 5, 2021, at Brown Funeral Home in Niles at noon with a time of visitation for friends and family two hours prior.

In lieu of flowers donations may be made in Lila’s memory to Heartland Hospice who took wonderful care of Lila at the end of her life or to St. Jude’s Children’s Hospital who Lila was a proud supporter.

Condolences, photos, and memories may be left for the family a BrownFuneralHomeNiles.com.