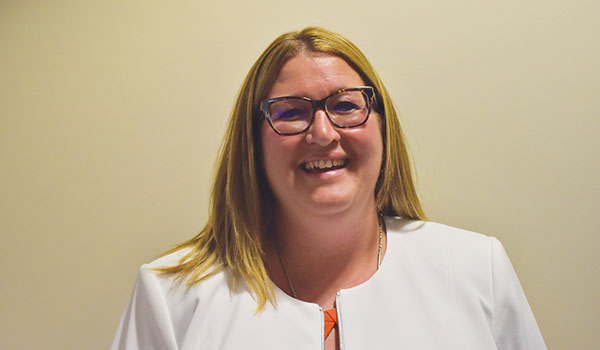 DOWAGIAC — Kelly Millin is ready for her next adventure.

Millin replaces Andrew Hubbard at Hartford, who in March was named the new superintendent for Heritage Southwest Intermediate School District.

“The community here has been so welcoming,” said Millin, who began her first day as Hartford superintendent on Wednesday. “It’s a very close, neighboring district. I felt very comfortable with the schools, staff and students. We have very similar values and beliefs. It’s a small, tight-knit community. It’s an exciting time, a new adventure.”

Millin had been with Dowagiac Union High School for 26 years after joining the district as a Spanish instructor in 1994. A graduate of Western Michigan University, Millin had worked at the high school previously, completing her student teaching at the school in 1991.

“Twenty-six years, that’s a long time,” Millin said. “I have a lot of friends and colleagues there. My kids went through school there. It’s a warm community and a welcoming community. From the passing of the bond, the building of the new middle school to the many academic and athletic successes over the years. So many positive things happened that I could just go on and on. I have so many good memories.”

“She spent her entire career here,” said Dowagiac Union Schools Superintendent Jonathan Whan. “She is well-connected to the community. She’s an all-around great person who believed in all of our students and helped them reach their full potential.”

HPS features a 2020-21 K-12 enrollment of 1,336, according to mischooldata.org. Taking over a district amid an ongoing pandemic is a challenge Millin is ready to face.

“We have to remember why we’re in it,” Millin said. “We’re in it for the kids. There’s always going to be roadblocks. We’ll remember why we’re in it and find our way through the challenges that come. I had a great team in Dowagiac and I have a great team here. You have to keep your eye on the prize, which is the kids’ growth and well-being. Keeping that in the forefront makes everything worth it.”

According to Whan, the job posting for the vacant DUHS principal position will be up through next week as the district assembles an interview committee consisting of staff and administrators to evaluate the candidates.

“There will be two rounds of interviews,” Whan said. “We’re hoping to have our next high school principal selected by the end of July.”

DOWAGIAC — The Dowagiac Union High School baseball team will not have to travel far to play home games next... read more