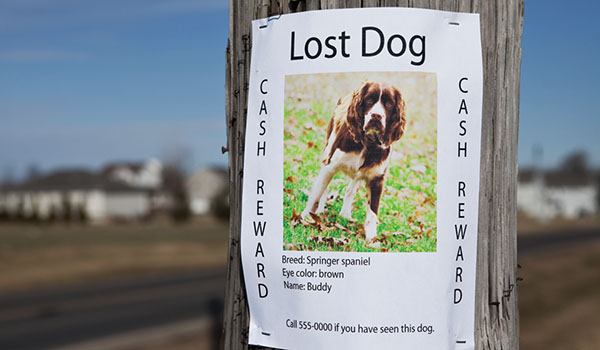 SOUTHWEST MICHIGAN – As loud bangs and cheers are heard around the area this weekend, area animal shelter workers are urging people to not forget about the area’s furriest residents.

With firework season comes with scared pets. Before the season begins in earnest this weekend, southwest Michigan pet shelter authorities are asking residents to take steps to protect their pets and keep them safe at home.

According to Pet Amber Alert, a pet recovery system, there is a 30 percent increase in lost pets during the Fourth of July holiday.

Pet Amber Alert also states that the days after the holiday are some of the busiest ones for shelters the entire year.

“Sometimes bringing in seven or eight dogs is a lot, and we can fill up quickly,” said Berrien County Animal Control director Tiffany Peterson. “With the holiday being on Sunday, we are closed Monday. So, Tuesday is going to be a very busy day for us.”

There are 77 million dog owners and 93 million cat owners in the U.S. On average, only 14 percent of lost pets are returned home to their owners.

“Pets do tend to bolt when they hear the fireworks,” said Cass County Sheriff Richard Behnke, who oversees Cass County Animal Control. “If you don’t have them secured properly, sometimes they don’t come back.”

Michigan law requires animals remain on a leash or contained. Owners who violate this law can be charged with a misdemeanor and fines up to $10,000.

“Just prepare for the holiday and how your animal will react,” Peterson said. “Remember to contain them because anything can happen — someone can hold the door open too long, and the animal could be gone.”

Berrien County Animal Shelter is doing $25 micro chipping for animals with a life time registry, which Peterson said will help owners retrieve lost pets. Between 30 and 60 percent of lost pets are euthanized because they cannot properly be identified.

“This is a concern every year and the public needs to be aware,” Behnke said. “It is heart breaking when people lose a family friend.”

“You never know when someone is going to light off a firework during the holiday,” Behnke said. “So, just take precautions and prepare for the holiday.”