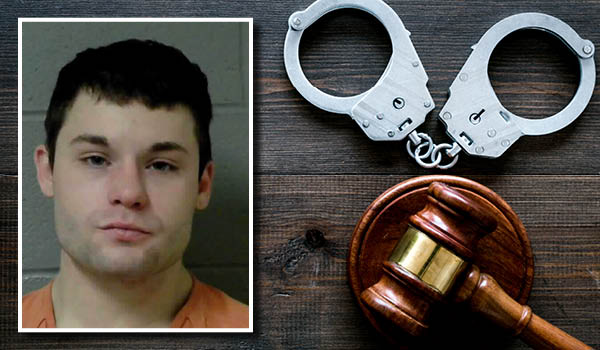 CASSOPOLIS – A Dowagiac man is getting a second chance to beat his meth addiction after being sentenced Friday in Cass County Circuit Court.

Patrick Daniel Davis, 27, of M 62 in Dowagiac, pleaded guilty in three cases and was sentenced to probation in the Adult Treatment Court and ordered to complete the Twin County Probation Center program.

He pleaded guilty to attempted driving away of an automobile and second offense domestic violence from a Jan. 4 incident in Dowagiac and was sentenced to three years’ probation, credit for 138 days served, $748 in fines and costs and $1,135 restitution. He assaulted a man with a glass mug, a cane and a lamp and took his truck.

He pleaded guilty to attempted driving away of an automobile and was sentenced to three years’ probation, credit for 138 days served and $2,128 in fines and costs. That incident occurred Feb. 13, 2020, in Dowagiac. He took a truck and a cell phone, with the truck recovered later in St. Joseph County, Indiana.

He pleaded guilty to third degree home invasion from a Dec. 14, 2020, incident in Dowagiac and was sentenced to three years’ probation, credit for 138 days served and $698 in fines and costs. He stole a flat screen television in that incident.

Assistant Prosecutor Thomas Hubbert said that Davis has shown a lot of concerning behavior including leaving the Twin County Probation Center without permission before coming back.

Defense attorney Robert Drake called Davis’ decision to go AWOL unfortunate but noted that he came back to program on his own.

“He got out there, he started using, and it was the most depressed he had ever been,” he said. “He realized that it wasn’t the way to go, and he called the center, and they came and got him.”

“We expect relapses in addiction, what tells us something is what a person does then,” Drake added. “He had this relapse and did the right thing. Does that mean he will have smooth sailing? I doubt it, but at that moment in time, he did the right thing when he could fade into the woodwork.”

“That speaks volumes for the program, and frankly, I don’t know anybody who does it better than us,” he said. “The staff is invested heart and soul in people. I can’t imagine how much it took for him to make that call to come back. We have the opportunity to have one more chance with him and not throw his life away.”

Davis said he really appreciated the support he is getting from Twin County and the Adult Treatment Court staff. “It doesn’t feel like punishment but love,” he said.

Circuit Court Judge Mark Herman told Davis that while the probation and court staff can give him the tools, it’s up to him to work with it.

“Addiction is lifelong. You have to learn how to handle what comes along,” he said. “If you are serious about changing your life, this is the court to do it.”

“Part of the program is honesty, and your actions show that you have that ability to be honest and admit it when you do something wrong,” the judge added. “All these incidents involved you being on meth and nothing good can come from it. You can’t tell me one person whose life has gotten better with meth.”

NILES – A small but mighty group of 14 cyclists gathered at the parking lot at Second and Sycamore streets... read more