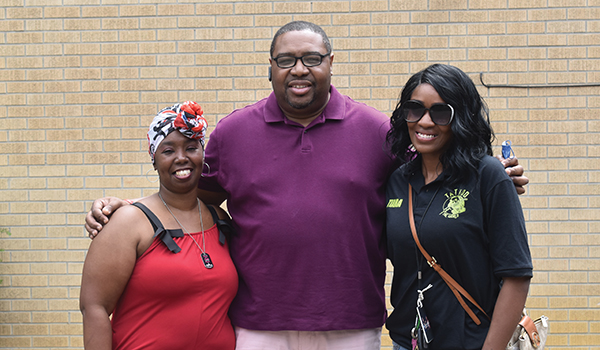 This weekend, Mt. Calvary Baptist Church, 601 Ferry St., Niles, partnered with Black Flux Network, Tattoo the Word and Womenpreneurs Breaking Barriers LLC to host its inaugural Juneteenth Festival. The day-long event featured a line of speakers covering topics from mental health to financial literacy to the art of song and dance, and more. Additionally, the event was host to a cook-off, vendors and games.

“We don’t have anything like this here in Niles, so I wanted to bring entertainment, fun, food and awareness of Juneteenth,” said Ylonda Scott, of Womenpreneurs Breaking Barriers LLC. “I want to build our community and be more involved in our community.”

Juneteenth celebrates the emancipation of the last enslaved African Americans. On June 19, 1865, word of liberation arrived in Galveston, Texas, officially ending slavery in the state. Celebrations of the holiday date back as far as 1866 in some parts of the country, gaining popularity throughout the 20th century. On Thursday, President Joe Biden named Juneteenth a federal holiday.

Scott said she was grateful for Juneteenth to be recognized as a federal holiday, believing it will help bring awareness to the meaning it has for African American citizens. Now, her focus is on bringing awareness to her hometown of Niles.

“We want to push that awareness because there are still many people who don’t know about [Juneteenth],” she said. “We want to see the whole community here.”

Mt. Calvary Baptist Church Pastor Bryant Bacon said he was honored to host the Juneteenth event — especially on the heels of Juneteenth being named a federal holiday.

“This is awesome, and it’s been a long-time coming,” he said. “[Juneteenth] reminds of who we are, where we come from and the possibilities of where we can go.”

Bacon, Williams and Scott are all looking forward to hosting the Juneteenth Festival for years to come.

“If we keep doing this, it has the possibility to change the culture of our community,” Bacon said.

In Berrien County Court Monday, a man involved in the theft of catalytic converters was sentenced to jail. Nathan Gene... read more