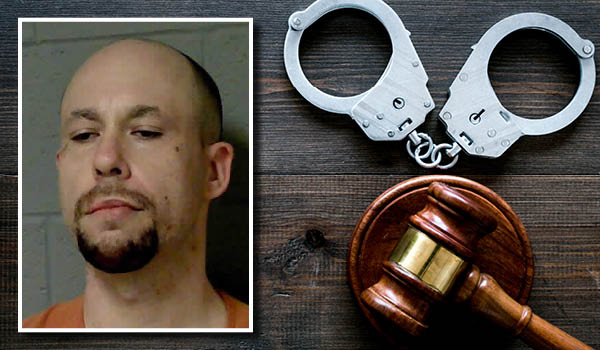 Shane Ledale Sanders, 37, of M 62 in Edwardsburg, pleaded guilty to second-degree home invasion and was sentenced to three years’ probation, credit for 84 days served and $1,608 in fines and costs. He must complete the Twin County Probation Program and Adult Treatment Court.

He also pleaded guilty to domestic violence and was sentenced to credit for time served, 84 days, and $425 in fines and costs.

Judge Herman said Sanders faces a minimum of a year in jail if he is unsuccessful in completing the Adult Treatment Court program. He said Sanders has used meth for seven years and cocaine for more than 15 years. “

“Hopefully you will appreciate the program and engage in it,” he said. “If you don’t, my hands are tied.”

• Douglas Eric Fisher, 56, of Pokagon Street in Dowagiac, pleaded guilty to attempted assault (strangulation) with intent to do great bodily harm less than murder and was sentenced to two years’ probation, $2,048 in fines and costs and credit for 47 days served. The incident occurred Dec. 21 and Dec. 29, 2020, in Dowagiac.

CASSOPOLIS — Some Cassopolis community members are speaking out against what they see as “a culture of bullying” within the... read more