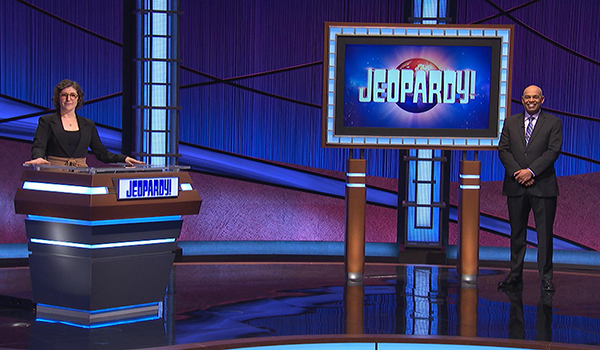 Cassopolis native to appear on ‘Jeopardy!’

CASSOPOLIS — A Cassopolis native will appear on television screens across the country tonight.

Allen filmed his stint on the show back in March.

“I’m excited. I know what happens, but it’s still very surreal,” Allen said before the episode’s airing. “My only goal going in was not to embarrass myself, so hopefully, I have accomplished that.’

Allen said he has been a lifelong “Jeopardy!” fan and even had the opportunity to appear on “Sports Jeopardy!” an adaption of the game show that ran from 2014 to 2016.

Though he has been watching “Jeopardy!” for decades, Allen said nothing could have prepared him for the experience of appearing on the show.

“You really can’t prepare,” he said. “With so many of the questions, you either know it or you don’t. I can’t remember any of my preparations helping.”

In addition to being a trivia wiz, Allen also creates crosswords, three of which have been published in the New York Times.

As he prepares for his episode to air tonight, Allen said he is proud knowing that many from his hometown will be cheering him on.

“Cassopolis is very small, tight-knit. A lot of people leave Cass, myself included, but you can never cut those Cass ties,” he said.