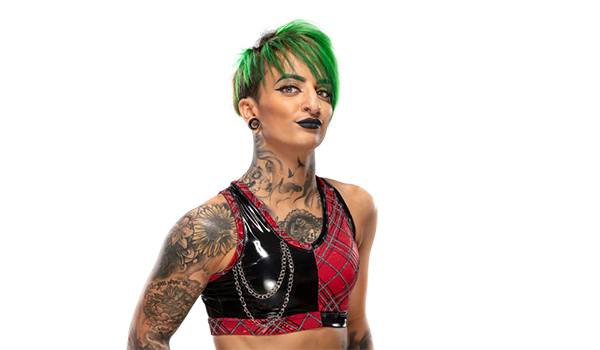 NILES — On Wednesday, World Wrestling Entertainment announced its latest round of releases — and a Brandywine graduate was on the list.

Brandywine Class of 2009 graduate Dori Prange, better known as wrestling superstar Ruby Riott, has been laid off by WWE. She has been with the network since 2016, joining as part of Riott Squad with Liv Morgan and Sarah Logan. Logan was released in April 2020.

“Well… here it goes,” she wrote. “I’ve never been good at this sort of stuff. Yesterday, in a matter of minutes, my life changed very drastically. But after some tears, some panic and a full box of Oreos, I was able to look back at how lucky I’ve been to accomplish what have. I never thought I’d make it to WWE. I’ve been honored to be a part of a squad of the most incredible women I’ve ever met. I’ve gotten to see the world, share locker rooms with some of the most talented women I know, some of [whom] I’ve made lifelong friendships with. I’ve gotten to meet fans that were just like me, introverted kids, who never quite felt like they fit in. And between the locker room and those fans, I felt like I belonged, and I’m so grateful for that feeling. With that, I am overwhelmed by the amount of calls/texts/tweets and support that I have received from former coworkers, friends, family and fans. Thank you so much for the kind words. You’ll never know how much it helped. As for what’s next… in the beginning, ‘Heidi Lovelace’ was given to me, at the end ‘Ruby Riott’ was taken away. So, I don’t know what I’ll be called or where I’ll end up, but please know this is far from over. Thank you.’