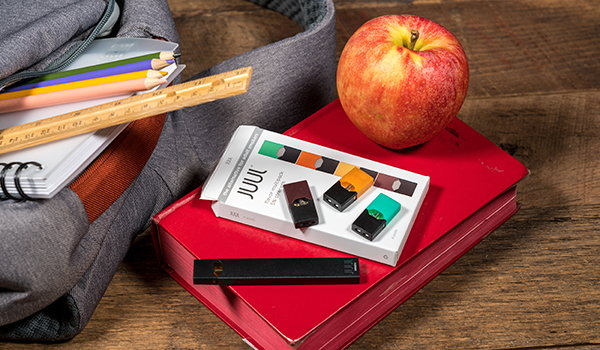 During a special meeting Tuesday, the Dowagiac Union Schools Board of Education unanimously voted to join a class-action lawsuit against E-cigarette company Juul. The district, which will not incur any fees through the lawsuit, joins hundreds across the country suing the e-cigarette manufacturer.

Filed in federal court in California, the lawsuit claims Juul targeted minors in advertising campaigns and downplayed the health risks associated with vaping.

“The intent of the lawsuit is to pursue funding to be directed back to the school districts from these companies due to the difficulty and the hardships we’ve had to deal with because [of E-cigarettes],” said Superintendent Jonathan Whan. “The difficulty for schools is that because of how quick, how the devices work, which can be odorless, [can be used] in the classroom as fast as the teacher turns their back. I’m not exactly sure how kids are getting it, but it is in their hands.”

Several districts involved with the lawsuit have reported a need for funding for additional resources to support nicotine-addicted students.

Though individuals under 21 are prohibited by federal law from purchasing tobacco products, the lawsuit alleges Juul marketed itself to young smokers with flavors such as “such as mango, cool mint, crème brûlée and cucumber.” However, Juul now only sells non-flavored tobacco and menthol e-cigarettes, having discontinued flavored products, such as fruit and dessert flavors, in 2019.

In response to Dowagiac Union Schools joining the lawsuit, a Juul Labs representative said the company had taken steps to combat underage tobacco use.

“We will continue to reset the vapor category in the U.S. and seek to earn the trust of society by working cooperatively with attorneys general, legislators, regulators, public health officials and other stakeholders to combat underage use and transition adult smokers from combustible cigarettes,” the representative wrote in an email to Leader Publications. “As part of that process, the company reduced its product portfolio, halted television, print and digital product advertising and submitted a Premarket Tobacco Product Application to the U.S. Food and Drug Administration including comprehensive scientific evidence to support the harm reduction potential of its products and data-driven measures to address underage use. Our customer base is the world’s one billion adult smokers. We will respond to the allegations through the appropriate legal channels.”

Nationwide, vaping and E-cigarette use is on the rise in young adults.

Monday evening, Whan said Dowagiac students of all ages, including elementary students, had been caught with Juuls and other vaping products.

“It’s a big problem,” he said. “[Vaping] has had an impact on America and our school system.”

DOWAGIAC — A ceremony not seen since 2019 made its welcome return on Monday. In what was the largest community... read more