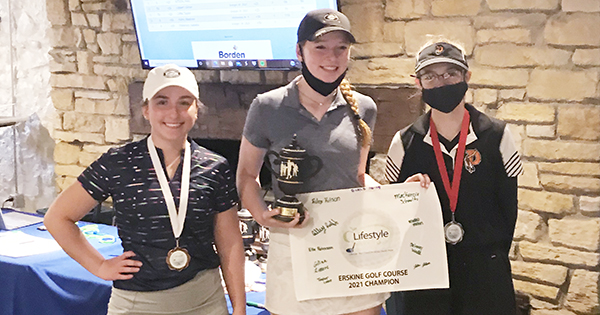 Delaney Wade, of Granger, Indiana, won the division with a round of 85. Jordan Jacobs, of Portage, Indiana, was third with a 92. Edwardsburg’s MacKenzie Schmeltz finished fourth after shooting 93.

“Calley shot an impressive 88 in very tough, windy conditions,” said Dowagiac Coach Bob Turner. “It was her first time under 90 in a tournament.”