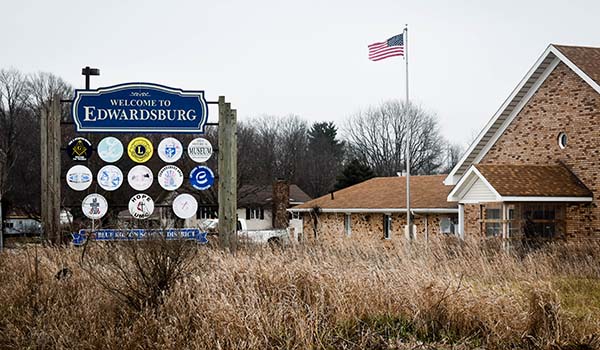 EDWARDSBURG – Edwardsburg Village Council members are valuing the importance of visual appeal and the inner workings of the village.

Monday, a resolution was passed by the Edwardsburg Village Council to establish a scheduled wage increase for village maintenance employees. The wage scale increases will stop at 25 years of service.

The new wage rates will go into effect June 1. The hourly rate will start out at $17 an hour, with scheduled raises based on time spent with the village.

“It’s always cheaper to retain employees than it is to train new ones,” said Village President Dennis Peak.

An employee can also get an additional 50-cent for each water license attained and for holding a valid commercial driver’s license. New hires can also be placed at a higher level of pay based on previous experience with approval from the village council.

According to the resolution, the village council has the right to modify the pay scale at any time and in any way that it sees fit. For example, depending on a bad financial year, the council could enact a pay freeze and not allow a raise for that year.

Edwardsburg council members based the wage increase on the one that is currently being implemented by the village of Marcellus.

“This helps us stay competitive so that we don’t lose people,” said Village Trustee Sam Garwood.