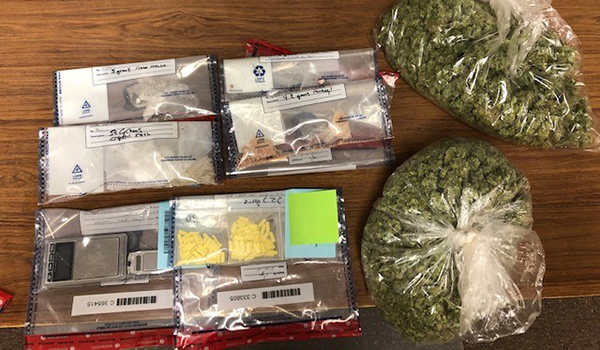 Around 4:30 p.m. Wednesday, troopers from the Michigan State Police Niles Post stopped a pickup truck with a stolen license plate on M-62 in Ontwa Township. Further investigation revealed the vehicle was being driven by a wanted fugitive, who was a parole absconder from Indiana.

A search of the vehicle resulted in the seizure of more than two ounces of crystal methamphetamine, fentanyl, crack cocaine, 161 Xanax pills and 1.4 pounds of marijuana. Additionally, two pistols were recovered from the vehicle.

The 43-year-old male driver and an 18-year-old male passenger, both from South Bend, were arrested and lodged in the Cass County Jail on numerous felony violations, including felon in possession of a firearm, carrying a concealed weapon and drug charges.

Troopers were assisted at the scene by Southwest Enforcement Team – West Office detectives.

DOWAGIAC — The city of Dowagiac and Penn Township renewed their longstanding agreement to deliver quality water to the community... read more