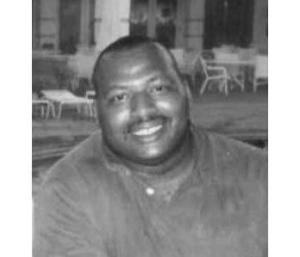 Kenneth James “Kenny,” “Brother,” or “Kenny Man” Brunty, 54, of Cassopolis, departed his Earthly life to begin his Eternal life, Tuesday, April 27, 2021, at home in the comfort of his family’s presence. Kenny transitioned in peace and quiet, just like the way he lived his life.

His life began July 12, 1966, in Dowagiac, the second child of Earl and Erma Brunty.

Kenny graduated from Cassopolis High School in 1984, where he played basketball, baseball and football, excelling in them all. He worked for Dock Foundry in Three Rivers for 22 years and then went on to work for Lexington in Elkhart, Indiana, until his health would no longer allow. Kenny had cancer, but cancer did not have him. He accepted his illness and took it like a “Man,” never complaining and continuing to live his life to the fullest. When you would ask him how he was doing, he would say, “I’m fine, I’m okay.”

Kenny was a strong believer in God and knew who was in control of his life, despite on what the doctors would say. Kenny would listen to “Awesome God” on his phone because he knew who had his back and made the final decisions. Kenny bowled on several leagues for over fifteen years, travelling to places like Reno, Nevada, Corpus Christi, Texas, Tulsa, Oklahoma, Salt Lake City, Utah to name a few, with his mother and father who were on the same team. Kenny carried a 180-point average and winning many trophies, he earned his bragging rights. He also played in the Gus Macker basketball tournaments, winning many trophies and plaques. Kenny was a very kind, soft spoken person that would give you the shirt off of his back. He never looked for or wanted any trouble, only wanting to keep the peace.

He was preceded in death by his grandparents, Jacob and Evelyne Goins, Dan and Carrie Brunty; one niece, Taytum Brielle; and several aunts, uncles and cousins.

Mr. Brunty will be laid to rest in graveside service Monday, May 10, 2021, at noon in Mission Hills Memorial Gardens in Sumnerville, Michigan.