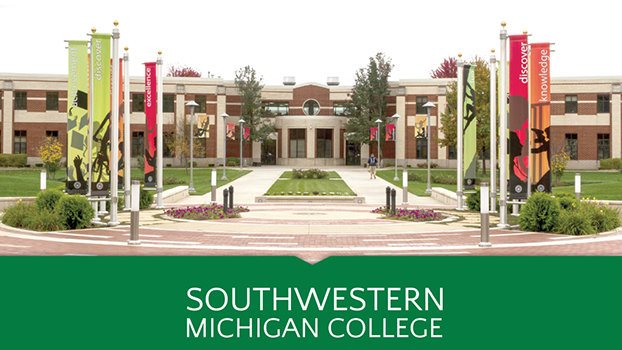 Last week, the Michigan House Appropriations Subcommittee proposed a new formula for funding Michigan’s community colleges. The proposal would shift from a base state appropriation to funding per a three-year average of Fiscal Year Equated Students. In essence, this would transfer state aid primarily to larger and more urban colleges and drastically reduce the appropriations for the rural colleges, including Southwestern Michigan College.

“When the Michigan community colleges were founded and funded, there was a bipartisan consensus with the wisdom and input of Sen. Harry Gast (who represented three community colleges) that rural colleges with low property tax revenue and smaller enrollments would be helped with additional State aid in order to first, open their doors, and second, to provide access to higher education with affordable tuition.  This proposal would accomplish the exact opposite, with tens of millions of dollars confiscated from smaller colleges to the already well locally-funded large colleges,” he said. “It’s a Robin Hood scenario in reverse: steal from the poor and give to the rich. At best, the two loan sponsors of the House bill are ignorant of these consequences.  At worst, they intend to close some community colleges, and thereafter likely try to cut the funding of the remaining campuses. It’s the worst bill I’ve witnessed in my nearly three-decades in higher education, and it would result in a severe reduction of access for many.”

“We have seen largely flat State aid for SMC since 2001,” said SMC President Joe Odenwald. “HB 4401 is far worse public policy, as it would fundamentally alter the college’s budget structure. At a time when we know that we need to expand access to college and the acquisition of postsecondary credentials to meet a changing economy, this proposal would no doubt result in fewer programs and higher tuition for our students and families. It’s hard to fathom that we’d receive nearly three million dollars a year less when other colleges would net nearly ten million dollars more every year.”

Chairman Jerdon and President Odenwald, along with other college presidents, are actively communicating to elected officials the impact this would have upon SMC and other rural colleges in Michigan.

“I trust the process, and I believe our elected officials will see the light on this matter and do the right thing,” Odenwald said.

Buchanan Commission expected to apply for grant to extend…