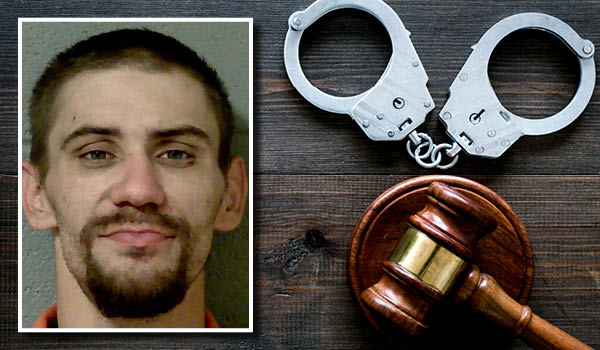 Parolee heading back to jail on firearms charge

CASSOPOLIS – A Dowagiac man already on parole will spend the next year in jail after being sentenced in Cass County Circuit Court Friday.

Eric Robert Szymonski, 31, of Frost Street in Dowagiac, pleaded guilty to receiving and concealing stolen firearms as a habitual offender and was sentenced to 365 days in jail as part of a plea agreement. He must pay $1,698 in fines and costs.

He has credit for no time served as he was on parole from an earlier sentence for home invasion and breaking and entering. He could end up going back to prison for the parole violation. The current jail term can be served in any correctional facility.

The incident occurred May 15, 2020, in Cassopolis. Szymonski stole a weapon from his grandmother and sold it for $280.

“It’s a pretty bad return on your money, $280 for a year in jail and possibly prison and you ripped off your grandma,” Cass Circuit Judge Mark Herman said. “I don’t think people who ripped off their grandma deserve a break. You would be going to prison except for a plea agreement.”

Cass County Prosecutor Victor Fitz called it a case of “stupid is as stupid does” and noted Szymonski had three prior felonies and seven misdemeanors.

“This is a good deal for the defendant, better than he deserves,” Fitz said.

Fitz said he respected Szymonski for having goals of getting off drugs and starting his own business but said there has to be actions and not just words.

“There’s a lot I would like to do over,” Szymonski said. “I want a chance to make up for what I’ve done and make myself better.”