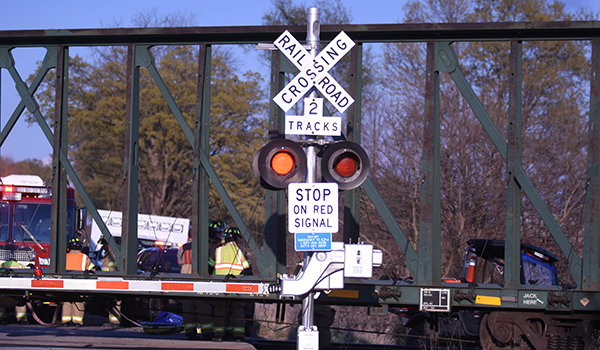 EDWARDSBURG — A South Bend man was transported to the hospital Wednesday after being struck by a train in Edwardsburg.

At 6:44 p.m. Wednesday, officers of the Ontwa Township Edwardsburg Police Department were dispatched to the railroad crossing on Redfield Street east of Conrad Road for a car vs train accident.

Upon arrival to the scene, officers performed medical assistance, including the administration of Narcan. Witnesses stated that the cross arms were down, and lights were working, when a white Chevrolet Cruz decided to go around the arms and was struck by a southbound CN train. The driver, Justin Webb, 33, of South Bend, was trapped inside the vehicle.

The Edwardsburg Fire Department extricated Webb from his vehicle, and he was transported to South Bend Memorial Hospital for treatment of injuries sustained in the crash. Webb was not wearing his seatbelt, and airbags were deployed. Police officers reported that it is believed that alcohol and drugs were a contributing factor.