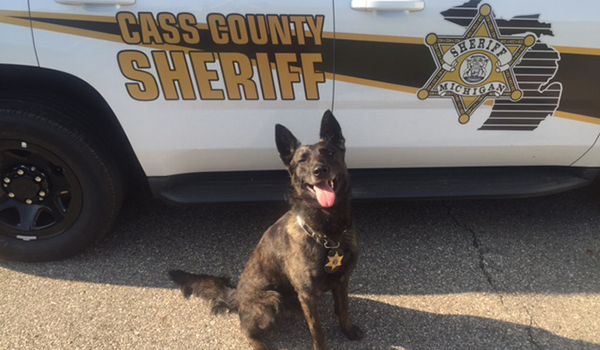 Sheriff Richard Behnke reported that his deputies responded to a home invasion that took place in the 2600 block of Lake Shore Drive in Howard Township around 6:21 p.m. Monday.

Deputies arrived at the location and were advised by residents in the area that a suspicious subject with a backpack was cutting through yards in the area. K9 “Faust” was requested to attempt and track the suspect. K9 Faust tracked the suspect approximately one mile and located a black backpack involved in the home invasion. The track continued into a large field, and the subject was located hiding under some thick underbrush. The 41-year-old Niles man was taken into custody and transported to the Cass County Jail and charged with home invasion, possession of meth and larceny over $200.

The subjects name will not be released until he is arraigned in the Fourth District Court of Cass County.