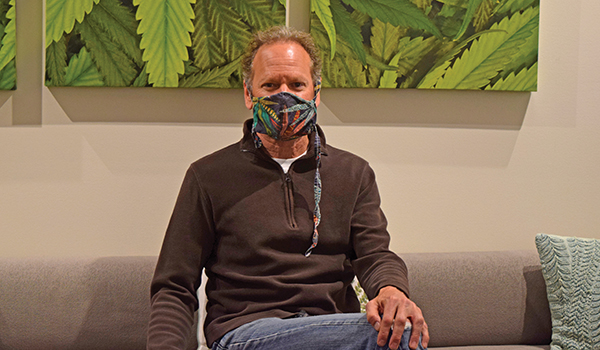 BUCHANAN – Community wellness and prison reform are two causes close to Rick Paniagua’s heart and to those who surround him.

During the month of April, Paniagua’s provisioning center, Cannavista Wellness, 120 E. Front St., Buchanan, has paired up with Common Citizen, to raise money for Red Bud Area Ministries and the Last Prisoner Project.

The joint effort results in a 50-cent donation from each Common Citizen pre-roll cannabis product going toward the organizations.

According to The Last Prisoner Project’s vision on its website, the organization is “a nonprofit organization dedicated to cannabis criminal justice reform. LPP was founded out of the belief that if anyone is able to profit and build wealth in the legal cannabis industry, those individuals must also work to release and rebuild the lives of those who have suffered from cannabis criminalization.”

Paniagua said this issue has hit home for many of the people he employs.

“It’s important to us. I have 19 employees, and several of them have brothers, sisters, mothers, fathers, aunts and uncles who have served prison time for very minor possession charges. Some less than a joint,” Paniagua said. “It has really impacted these families.”

Giving to LPP is to support the legal fight is one way Paniagua is trying to right what he sees as an injustice.

“You wouldn’t be persecuted or prosecuted [for those activities] now. It’s about expunging records,” Paniagua said. “People are sitting in jail waiting to be released. It’s an injustice that needs to be corrected.”

Paniagua said LPP provides legal resources for those in the prison system serving time for cannabis-related crimes in states where medical and recreational use is now legalized.

According to LPP’s website, the organization has implemented direct services in California and Colorado. LPP is “engaged in policy reform” in 10 states and is eyeing potential states to work in over the next year, including Michigan.

Paniagua said the combination of incarceration and a criminal record can devastate a family.

“Those are things that you can’t get that time back,” he said.

The company is also using its fundraising ability through brand partnerships to support the Buchanan community itself through Redbud Area Ministries. Last month, Cannavista Wellness made a contribution to RAM to help support the victims of the March 15 fire at West Wind Apartments. The provisioning center continues to support RAM’s community efforts through its current fundraiser, according to Paniagua.