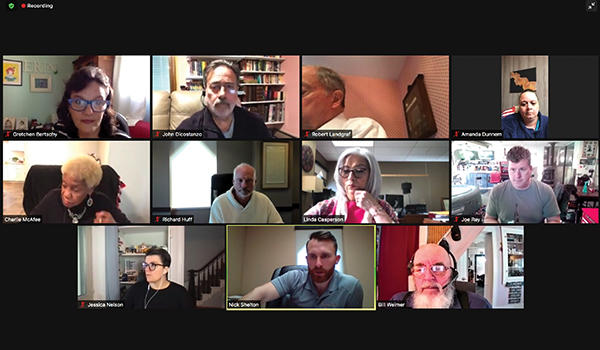 NILES – The Niles City Council approved three events as a part of its agenda during the regular Monday evening meeting.

Council members approved the event applications as part of the consent agenda in a unanimous vote on Monday evening. Council members Travis Timm and Georgia Boggs were absent from the meeting.

“It’s exciting to see events on our agenda again,” said Mayor Nick Shelton. “I’m hopeful that we’ll be able to carry these out while following all of the pandemic restrictions at the time of these events.”

The Memorial Day Parade, hosted by the American Legion Larue Messenger Post 26, had its permit application approved by the council. According to the city council report, prepared by Public Works Director Joe Ray, the event is proposed to be 9 a.m. to 11:30 a.m. Monday, May 31.

Both Ray and City Administrator Ric Huff recommended the approval of the request.

The second event on the agenda to be approved was the Skerbeck Spring Family Carnival, to be hosted May 20-23 at the Four Flags Apple Festival grounds.

The Apple Festival Committee noted that it gave permission to Skerbeck Entertainment Group to use the grounds, and verbal approval was given by Niles School District Superintendent Dan Applegate, as long as COVID-19 restrictions were followed by Skerbeck.

The third event the council approved was the Niles Renaissance Faire to take place at Plym Park May 14-16.

“Performers and vendors of historical crafts and clothing will be stationed throughout the park. Licensed food vendors, including restaurants from our downtown, will sell food and beverages,” said the city council report, prepared by City Clerk Linda Casperson.

According to the report, the Niles Community Development Department and a volunteer Renaissance group are coordinating the event and vetting acts and vendors for the faire.

Historical theater performances, period music and dance, craft demonstrations, archery and arms demonstrations were listed as attractions for the event.

The event will be enclosed and ticketed.

At the end of the city council meeting, council member Charlie McAfee said that Diane Bass, executive assistant with the city of Niles, was retiring this month.

“[I’d like to] let her know that’s a job well done, and we will really miss her,” McAfee said.

Shelton said Bass would be missed.

“She’s been an absolute gem and a treasure. She’s been a part of the city for so long,” Shelton said.

NILES – Fourth of July fireworks are already on the minds of events organizers and city leaders in Niles. During... read more