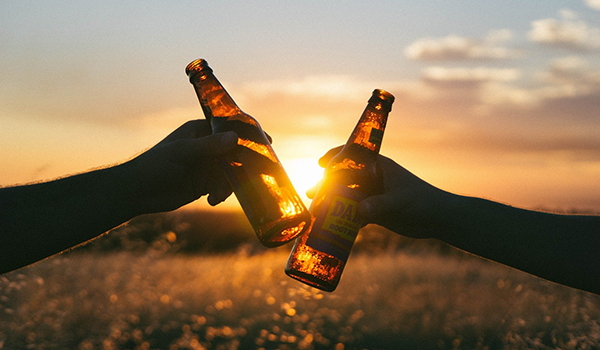 BUCHANAN – Community development efforts were on the front burner at Monday night’s Buchanan City Commission meeting. Commissioners discussed creating a social district downtown and heard about an expansion of the summer concert series at the Common.

The social district idea was introduced by Community Development Director Rich Murphy. He noted that Gov. Gretchen Whitmer and the state legislature established the social district designation last summer in an effort to support restaurants in the midst of the pandemic. Social districts allow people to consume alcohol off premises in shared common areas.

Murphy called the social district concept an economic development tool for the city. He said 40 or 50 communities around the state have “opted in” to having social districts so far, the closest one being the city of Niles. He expects many more to be applying in coming weeks and months.

“It allows municipalities to establish a geographic area where existing liquor licensees can sell alcohol on their premises which then can be consumed in the social district area,” he said. “This is an important time in Buchanan’s history. The summer season this year will be a comeback for the community.”

“This would mean more visitors and economic activity,” he said. “It could work in concert with the special events being planned and discussed. This is the single most important economic thing we can do to stimulate the local economy … Going into the summer season people ask what we can do to help local business, this is a no brainer.”

While Murphy said he has heard only positive comments from community development directors he has talked to in other communities, Buchanan Police Chief Tim Ganus said he has some questions.

“I do have some concerns. I’m not sure what it would look like and where it would be,” Ganus said. “In other areas they’ve used a side street and I’m not sure if we can do that. I don’t think we can, I don’t want to block streets off. I would like to have a lot of information before I’d feel comfortable giving a thumbs up.”

Commissioner Patrick Swem said he thinks it can be done safely and said he was “very intrigued.” Mark Weedon said he thinks people may be confusing the social district with what Niles is doing with its outdoor dining experience that has closed off a section of Second Street. He said other social districts he has visited have clear boundaries with markers and signs.

“I’m open to anything that will create an environment where people want to come and visit,” Mayor Sean Denison said. “This will require a lot of conversations with businesses that serve alcohol, shops and people. Maybe people don’t want it, but it’s a conversation we have to have.”

In public comments, former commissioner Dan Vigansky expressed skepticism. He said he has held a liquor license in the past and said he had concerns about liability, rules and regulations. “Where is this going?” he asked. “Are we going to allow people to walk around with a beer? The next thing will be a glass of wine or smoking a joint.”

Murphy also gave an update on the master plan. He said planning commissioners have finished work on an updated master plan and will be presenting the draft to the commission in coming weeks. People will have opportunity to review and comment on the plan before it is adopted. It can be found at cityofbuchanan.com.

Commissioners approved an application to the Community Economic Development Association of Michigan’s Fellowship Program. If selected, the city will host a community development fellow for a 15-month period at total cost of $6,000.

City Manager Heather Grace said she is familiar with the program from her previous job as the city manager of West Branch, Mich. She said the fellow they worked with there proved helpful in identifying grant opportunities. She called the fellowship program a good training route for recent college graduates while also helping out the city.

Commissioners also heard from Michael Rowland of the Michigan Community Gateway Foundation about his organization’s efforts to promote the community. They’ve established two funds to gather donations to expand what was the “Last Saturday” concerts to more dates over the summer months and support the maintenance of the Common.

Rowland said they hope to have expanded funding in order to do four to five shows this summer. The concerts will be at the Common stage but with options to stream concerts to local restaurants and other areas of the downtown. He said they are also working with the Three Oaks-based Acorn Theater to host a singer songwriter competition and other events.

For her part, Grace said she is working with the foundation as well as others interested in the community to have a more robust summer concert series as well as other events during the year to bring more visitors to the city and promote tourism. She said she’s also working on a new city policy to allow for and regulate food trucks in the city.

Monday’s two-and-a-half-hour meeting also featured action in other areas. The city has hired a new city attorney after putting out a request for proposals. Commissioners chose Mowitt Drew of the Kotz, Sanster Wysocki PC law firm over two others including Richard Racht of Bittner Jennings, the current city attorney.

Commissioners said they had not been satisfied with Racht’s service and noted that Drew’s office is local, in the Longmeadow development between Niles and Buchanan. Grace said that while a lot of business can be done virtually, it does save cost and expediency to have an attorney who is closer geographically.

Buchanan 4-0 after sweep of Bloomingdale

BUCHANAN — A week off did not seem to affect the Buchanan softball team as it returned from spring break... read more