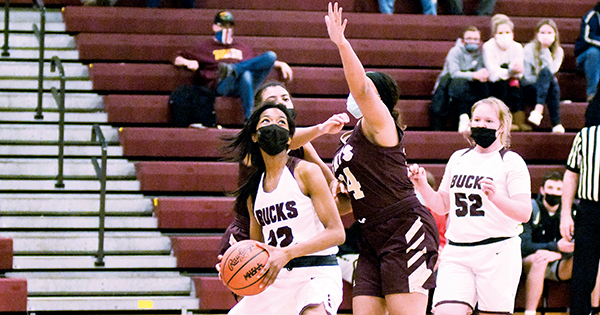 Buchanan moving down to Class C

Classifications for the upcoming school year are based on a second semester count date, which for MHSAA purposes was Feb. 10. The enrollment figure submitted for athletic classification purposes may be different from the count submitted for school aid purposes, as it does not include students ineligible for athletic competition because they reached their 19th birthday prior to Sept. 1 of the current school year and will not include alternative education students if none are allowed athletic eligibility by the local school district.

All sports’ tournaments are conducted with schools assigned to equal or nearly equal divisions, with lines dependent on how many schools participate in those respective sports.

For 2021-22, there are 746 tournament-qualified member schools. Schools recently were notified of their classification, and sport-by-sport divisions were posted to the MHSAA website on April 5. MHSAA Executive Director Mark Uyl said schools may not subsequently lower their enrollment figure. However, if revised enrollment figures are higher and indicate that a school should be playing in a higher division, that school would be
moved up.

Only three MHSAA Finals champions awarded so far during the 2020-21 school year will be playing in different divisions in 2021-22. Grass Lake, which won the Division 4 boys bowling title in 2020, will be back in Division 4 for that sport next season after also winning the Division 3 championship this winter. The Okemos boys tennis team, fresh off a Lower Peninsula Division 1 championship, will return to Division 2 where it most recently won finals titles in 2017 and 2018. Clinton last week claimed its second-straight Division 4 team wrestling championship and will be competing in Division 3 next season.

The new classification breaks will see 13 schools move up in Class for 2021-22 while 24 schools will move down:

Moving Up from Class B

Class A to Class B

Moving Up from Class C

Class B to Class C

of the Sacred Heart