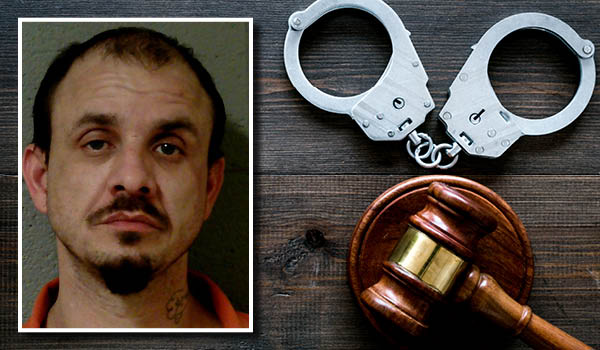 Friday in Cass County Court, a Three Rivers man was given the chance to get away from drugs and complete a probation program.

Jonathan Russell Frye, 37, of East Broadway in Three Rivers, pleaded guilty to possession of meth and fleeing police, both as a habitual offender, and was sentenced to three years’ probation, credit for 166 days served and $2,696 in fines and costs. He must complete the Adult Treatment Court and Twin County Corrections Program.

The incident occurred July 10, 2020, around Shavehead Lake in Porter Township. Frye fled from police on M-40 at speeds of 90 miles per hour or more and was found hiding in the woods and complaining of leg injuries when found. Police found meth at the scene.

He was also sentenced to credit for time served, 166 days, and $625 in fines and costs for use of meth in a separate incident last year.

Judge Herman said he would give Frye the opportunity to complete the Twin County program where early reports indicate he is doing well, but reminded him that his guidelines call for a prison sentence if he violates
his probation.

“You’re 37 years old with six children. You have a 10th grade education and you’ve been using drugs daily since you were a teenager,” the judge said. “It’s time to either grow up or go to prison, it’s really that simple. I hope you’re aware of that. If you go to prison, it will be because you’ll make me send you to prison.”

In two other sentencings:

• Jose Carmen Galvan, 26, of Thickstun Street in Dowagiac, pleaded guilty to use of meth and was sentenced to credit for 41 days served and $1,475 in fines and costs. The incident occurred Sept. 16, 2020, in Dowagiac.

• Jessica Marie Lindahl, 39, of Vicksburg, pleaded guilty to possession of analogues and driving while impaired by drugs and was sentenced to two years’ probation, credit for four days served and $2,318 in fines and costs. The incident occurred Dec. 30, 2020, near Marcellus.