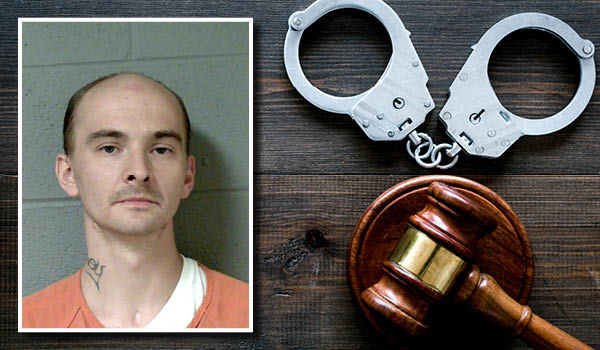 CASSOPOLIS – An Edwardsburg man will spend more time in jail after being sentenced for assaultive behavior Friday in Cass County Circuit Court.

Anthony Lee Schar, 32, of North Shore Drive in Edwardsburg, pleaded guilty to assault with intent to do great bodily harm less than murder and domestic violence, both as a habitual offender, and was sentenced to 365 days in jail with credit for 234 days already served. He must pay $2,098 in fines and costs.

The incident occurred July 21, 2020, at a residence on North Shore Drive in Edwardsburg when police were called to the scene about a disturbance. The victim of the assault told police that Schar had become enraged and tried to choke her. Police found finger marks and bruising on both sides of her neck.

“This is a concerning offense. Strangulation is always concerning, especially in a domestic violence situation,” said Assistant Prosecutor Thomas Hubbert. “He’s been down this road a few times.”

“He’s been through mental health court and had other opportunities,” he added. “I think the sentencing agreement makes sense in this case. I hope he can address his issues after he is released and begin to make changes so we don’t run into this anymore.”

Defense attorney Robert Drake noted some positives in
the situation.

“He has a lengthy history of drug use but not a lot of meth use since his las sentence,” he said. “He intends to go back to live in Indiana with his mother. That’s where his daughter is.”

“I want to apologize to the court for my actions,” Schwar said. “I’m just ready to get back out there, correct my wrongs and become a better person. I’m ready to get out there and give it another shot.”

“One of my concerns is that you’ve been abusing drugs since you were 15,” the judge said. “Your attorney said your meth use has been curtailed but the reality is that it will continue to be problematic if you don’t address it.”

“My second concern is that this is not your first criminal involvement for domestic violence,” he added. “A good father doesn’t use drugs or hit women. If you continue to do so, your child will think it’s OK to use drugs and abuse women. It’s hard to tell your kid to do as I say and not as I do.”

Judge Herman warned Schwar that any future assault convictions could land him in prison.

“Your guidelines are only going to get higher,” he said. “You need to realize that any future assaults may land you in prison, and you will be away from your daughter for a long period of time.”