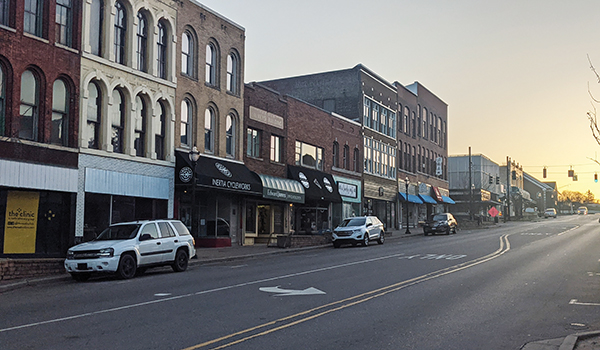 BERRIEN COUNTY — A federal proposal could have a significant socioeconomic impact on the city of Niles.

The federal government is considering a proposal that would demote 144 U.S. cities from the MSA designation. According to the proposal from the Office of Management and Budget, an MSA would have to have more than 100,000 people in its core city to count as an MSA, which would be twice the 50,000-person threshold that has been in place for decades.

While Niles nor Benton Harbor have populations meeting the minimum 50,000-resident requirement (the cities have a combined population just north of 20,000), the area has more than 50,000 people living in it based on its population density according to the Census Bureau, which gives the county MSA status.

If approved, the proposal would go into effect in 2023.

“I see it as a possible money grab by major metropolitan areas that kind of push the smaller guys to the side,” said former representative Al Pscholka. “We are seeing folks move from major metropolitan areas into communities like ours. Why would you eliminate these communities where people are moving to from the statistical measurements? I think it is good for us to push back on this.

Six of Michigan’s 12 current MSAs, including the Niles-Benton Harbor MSA, would be changed to “micropolitan” statistical areas.

The chairperson of the board will author a letter opposing the proposed change to the Niles-Benton Harbor MSA and will distribute letters to the OMB, Congressman Fred Upton and senators Debbie Stabenow and Gary Peters.

County commissioners believe the proposal could have a dramatic impact on the economic development of the county if passed.

If MSA distinction is lost, community development director Dan Fette said the county will permanently lose access to the data which will no longer be recorded and kept by the federal government in partnership with the state government.

“Having MSA designation provides us with a level of statistical analysis of our economy that otherwise is not available to non MSA communities,” said community development director Dan Fette. “We’re able to see real-time information through the Bureau of Economic Analysis about GDP growth or decline. We have a wealth of information that comes from this designation. This stuff gives us an enormous amount of information to make decisions about how to structure economic development, how to structure various planning programs and so forth.”

Fette added that the city’s federal funding could be impacted by the decision, including programs like the Community Development Block Grant programs and potentially USDOT road funding.

“That’s not likely to happen right away, but our concern is that it could follow from this decision,” Fette said.

Losing the MSA distinction also runs the risk of impacting the recruitment and retention of businesses in the county.

“We have Fortune 150 companies in Southwest Michigan,” Pscholka said. “Whether it’s Stryker, Whirlpool or Kellogg, they rely on that data for talent retention and talent attraction. This move doesn’t make a lot of sense from a private sector or public sector standpoint.”

“What we know from years and years of working with site selectors is that companies looking to expand or relocate to various areas throughout the country is that they’re almost always required to be located in an MSA,” Fette said. “They use the MSA data for their own business decisions to the degree we use it for community planning programs. So, if this designation gets taken away from us, we’re very concerned that it’s going to make our job and trying to recruit employers to this community much more difficult as a result.”

In other business, the BOC authorized a contract between Blue Cross Blue Shield and the Berrien County Sheriff’s Office for the purpose of processing medical billing for inmates that receive care at outside medical facilities from April 1 to March 31, 2022.

The BOC moved to terminate the contract of Concierge Connections, the company formerly in charge of processing medical billing for inmates.

SMC signs another runner to letter of intent