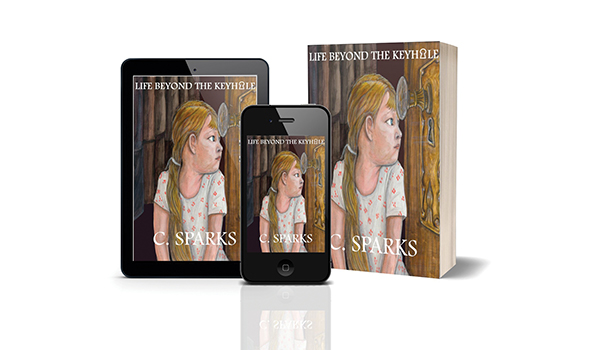 NILES – A Niles resident is hoping to her story of overcoming hardships in her upbringing will inspire others to keep moving forward. Through the sales of her book, she is hoping to donate a portion of the proceeds to her community. 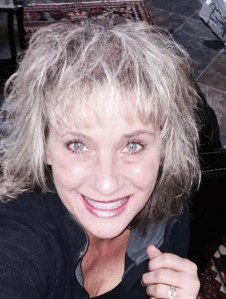 Sheila Koebel, under her pen name C. Sparks, has written and published her first book based on her own experiences during her upbringing, “Life Beyond the Keyhole.”

Koebel’s story has been in the making her whole life, but she began penning it in her 30s.

“Life happens, and I never finished it,’ Koebel said. “I recently got married in this last year, and my husband said it was time to finish it.”

Around 20 years after she first began putting her story to the page, the book has been published by Simms Book Publishing out of Georgia.

Koebel’s story follows the pain she experienced, and overcame, during her upbringing, which spans a journey from Chicago, Dowagiac and Niles.

Following a particularly cruel episode of abuse by a neighbor while her mother was in jail, Koebel was sent to Dowagiac by her mother. Her mother, estranged from her family, sent Koebel to her parents’ house on a bus from Chicago when she was just 5 years old, with an address pinned to her shirt.

“Before that happened, [my mother] had gotten into some trouble and [was] leading a very toxic lifestyle,” Koebel said.

After arriving in Dowagiac, her story did not improve quickly.

“I didn’t feel like I belonged anywhere, and I just ended up in foster care,” Koebel said. “I was just trying to make good choices.”
The journey Koebel takes readers on is her own path to having the kind of life she had always hoped for.

“You can’t use what has happened to you as a crutch. You use it as a trampoline to bounce away from all of this,” she said. “That’s the way I look at it.”

Not wanting to end up like her mother, or back in the situation she had previously been in as she grew up, Koebel details in the book the path she took to where she is today.

“I ended up finishing this, also, because another girl from Niles had put a book out,” Koebel said.
Koebel graduated with another local author, whose pen name is Lady Façade. Her book, “Out of the Ashes: A Story of Survival,” was published by Simms Book Publishing in August 2020.

“[The publisher] has been remarkable and made it an easy process,” Koebel said. “When you do something like this, it’s therapeutic, but at the same time the whole goal is there to help other people know they’re not alone.”

Koebel knows there are others, young and old, struggling.

“You get dealt a crappy hand, but nobody said you have to play it,” Koebel said. “You can fold, walk away from the table, and make something else happen.”

Koebel is currently in talks with a representative from the city of Niles about using donations from the proceeds of her book sales to create something that the area’s children can enjoy.

Koebel will not be able to host a book signing event, due to COVID-19, but instead is offering to personally deliver signed copies of the book ordered through her. With the personal, no-contact delivery, Koebel will add a couple treats related to the story.

She is accepting orders and payment through PayPal, using the email LifeThroughtheKeyhole@yahoo.com. Signed copies of the book are $26.50, and unsigned copies are $23.50
For any questions, she may be contacted at CSparksWrites2@gmail.com.

The book is also available for purchase on Amazon.