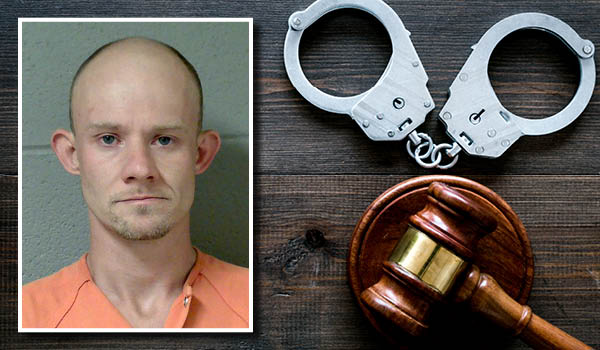 Two area residents were ordered to complete the Adult Treatment Court program as part of their sentence in Cass County Court Friday morning.

Michael Joseph Fritsche, 32, of U.S. 12 in Edwardsburg, pleaded guilty to possession of methamphetamine and was sentenced to three years’ probation, completion of Adult Treatment Court, credit for nine days served, one-year license suspension and $2,628 in fines and costs.

He also had his probation continued and given credit for 12 days already served for violating his probation from a 2018 conviction for possession of methamphetamine.

In the current case, police stopped him April 30, 2020 in Howard Township. A police search of his vehicle found a meth pipe and other items.

“You’re 32 years old, and this is your second felony conviction,” Judge Herman said. “You’re still living in Edwardsburg with your mother. It’s time to grow up, act like a man, get a job and support yourself. Part of the problem is that you have no responsibilities.”

Katrina Marie Rice, 41, of Lester Street in Dowagiac, pleaded guilty to possession of methamphetamine as a habitual offender and was sentenced to three years’ probation, completion of the Adult Treatment Court program, credit for three days served, one-year license suspension and $2,628 in fines and costs.

The incident occurred July 29, 2020, in Edwardsburg where police found drug paraphernalia including a meth pipe, scales and meth residue during a search of the home.

“You are 41 years old, and this is your third felony conviction, all for possession of meth,” Judge Herman said. “With these priors, your next conviction will lead to harsher and harsher penalties. The guidelines today would permit me to send you to prison, I hope you keep that in mind.”

“You need to get your act together,” he added. “You can’t change what you did in the past, but you can move forward and change your life for the better. … I hope you’re serious about changing your life. If not, prison is on your horizon.”

• Richard Owen Kapiszka, 35, of South Bend, pleaded guilty to conspiracy to commit larceny over $1,000 and less than $20,000 and was sentenced to credit for 86 days served and $1,608 in fines and costs. The incident occurred Aug. 3, 2020, in Mason Township. Kapiszka also faces charges in Indiana.

• Ingvar Korogodsky, 33, of Union, pleaded guilty to possession of methamphetamines as a habitual offender and was sentenced to two years’ probation, credit for 46 days served, one-year license suspension and $2,268 in fines and costs. The incident occurred Sept. 15, 2020, in Newburg Township.

NILES — For the first time in its history, the Brandywine bowling program will host a Michigan High School Athletic... read more