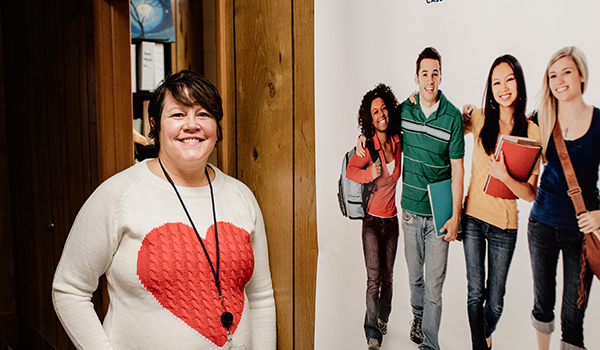 In the three southernmost counties in southwest Michigan, nearly 700 children are in foster care.

As children are placed in foster care — often several miles from home — they are faced with new surroundings, and in some cases, no one who represents only them.

“That’s where we come in,” said Erica Boulanger, executive director for Cass County Court Appointed Special Advocates. “We advocate obviously for kids who are in care due to abuse or neglect, and we really pride ourselves on being the one constant in the child’s life.”

Court Appointed Special Advocates was created by a judge in Seattle, Washington in 1977, when he was faced with making drastic decisions about the placement of children, often with little information or input from the children themselves. In 1995, Cass County CASA was founded by Judge Susan Dobrich, who continues to serve as a judge in Cass County today.

Court Appointed Special Advocates — or “CASAs,” as they are often called — are placed with children in the foster system to serve as their voice and to help them find a permanent home as quickly as possible. Volunteers undergo 30 hours of training to learn how to advocate for the foster children with whom they are partnered. Once fully trained, CASAs represent their partner children with lawyers, judges, foster families, schools and, in some cases, parents. 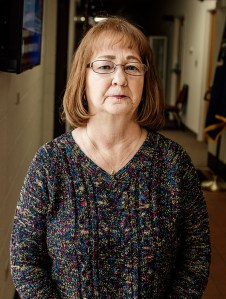 Maggie Sevison, a former teacher at Edwardsburg Public Schools, was paired with her partner child for five years before the child aged out of the program.

“I’ve found it very moving how all these wonderful kids are getting help from other people that aren’t family or teachers, and how much people care for them and really work to make sure that their time in foster care is going well and they are getting everything they need to be happy and successful,” Sevison said.

In addition to representing her child, Sevison, like other CASAs, bonded with the teenager she worked with. To provide additional support and earn trust of their children, many CASAs spend additional time with their partners, whether going out for lunch, shopping, bowling or helping with homework.

“I was surprised how much I enjoyed a high school student because I always taught first grade,” Sevison said. “It’s a whole different situation. With younger kids, you interject more with your experience. With older kids you interject, but you listen way more. They’ve already got in their mind what you’re thinking. Sure, you can give your opinion, but you do a lot of listening.”

Boulanger, who has served in various roles with Cass County CASA for the past 15 years, said the pandemic has made connecting with children in the CASA program more difficult than usual.

“Our volunteers were still on board and we got active and creative with FaceTime, phone calls, text messages,” she said. “A lot of them kind of went old school with sending cards and handwriting letters. They did porch drops where they’d check in at a social distance.”

Boulanger and her team have also had to get creative with fundraising for the program, which is largely dependent on community contributions.

Cass County CASA board president and former director Jim Ward became involved with CASA in 2008 after moving back to Cassopolis in his first retirement.

“I was very interested in getting involved in some nonprofit volunteer work with youth,” he said. “Then there were a series of events that took place rather rapidly. The director left, and they were looking for a director. I stepped up and said I had the management experience and the financial experience to run a program, but I certainly didn’t have the childcare social work background. But Erica did. … We made a great team.”

When Ward joined the program in 2008, Cass County CASA was advocating for between 10 and 15 children. Ward said the program has grown to advocate for more than 50 children at a time.

“I would say that it’s a very necessary program in any city, whether it’s a small community like Cassopolis or Cass County or a big metropolitan area,” Ward said. “There’s a lot going on behind the scenes that we don’t know about and that I didn’t know about as an individual in the community. There are children removed from their homes through no fault of their own. It’s about what the parents did or didn’t do basically.” 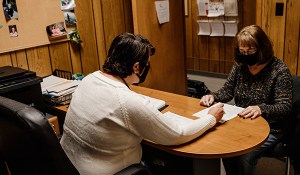 Ward said one of the biggest challenges CASA faces is the lack of foster homes locally.

“In 2008, 2010, there were several large foster homes in Cass County that had been in existence for years that had generations of kids that had gone through them. We had places for kids when they were removed,” he said. “When a child is removed from a home, it can be in the middle of the night. It’s fast. Police are involved. You need to put that child somewhere he or she are safe and we had the foster homes to do that, and it’s getting tougher.”

This means that children are often sent as far away as Kent County, Wayne County or even the Upper Peninsula.

“When those kids are in the court system and their parents are in a rehabilitation program, it’s important that those children are able to see their parents, and how are they going to do that when they’re 150 miles away?” Ward said. “If there are siblings involved and they are split up, heaven forbid, that happens at a time when they need to be with their siblings more than ever now that their parents are gone. It’s a tough situation, all created by the fact that we just don’t have the foster homes available that we once did.”

Ward and Boulanger encourage anyone who has ever considered fostering children to reach out to the Michigan Department of Health and Human Services for more information. Those interested in learning more about the CASA program should contact Boulanger at (269) 445-4431.

Regardless, CASA volunteers work hard to provide as much stability as possible for the children they represent.

“We know that permanency is a big thing in a kiddo’s life,” Boulanger said. “CASA volunteers can advocate and say, ‘what can we do to expedite that?’”

When Amanda Leonard, of Niles, became engaged over Christmas 2019, she was excited to begin planning her and her fiance’s... read more