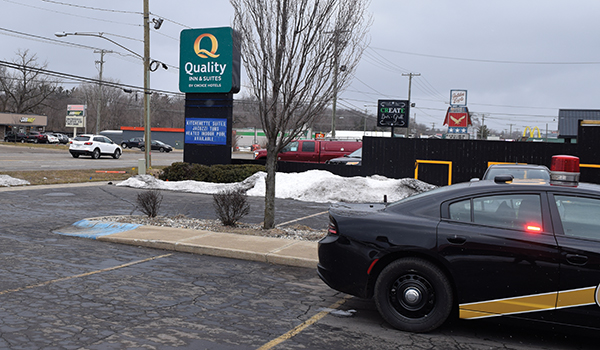 NILES – A 17-year-old female and an 18-year-old male were taken to the hospital Monday morning with gunshot wound injuries.

According to Niles Police Department Captain Kevin Kosten, the Niles Police Dispatch Center received a 911 call around 10:20 a.m. indicating there had been a shooting at the Quality Inn location at 1265 S. 11th St.

Kosten said when officers arrived, they located two people with gunshot wounds on the third floor.

Both injured people were taken to the hospital by ambulance.

No other people were involved in the shooting, and there is no danger to the general public, Kosten said.

Kosten said a search warrant was obtained for the hotel room on the third floor. During the execution of the warrant, a handgun believed to be involved in the shooting, along with other evidence, was discovered.

Officers are continuing to investigate this shooting. Interviews with those involved, as well as witnesses, are ongoing.

No arrests have been made at this time.