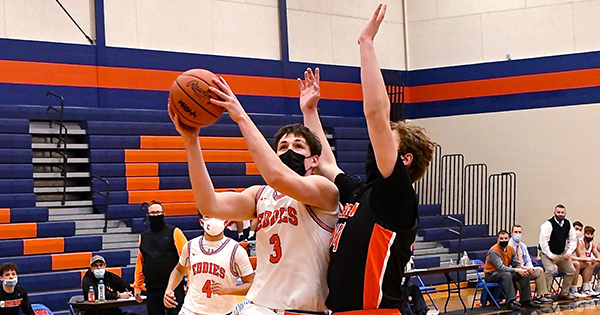 The Chieftains managed just 11 points in the first half, as the undefeated Eddies rolled to a 59-39 victory, which improved their record to 4-0 overall and 4-0 in league games.

Dowagiac has not lost five straight games since opening the season 2-0. The Chieftains are 1-3 in Wolverine Conference action.

Edwardsburg slowly pulled away from Dowagiac as the game wore on. After leading 10-4 in the opening eight minutes of play, the Eddies outscored the Chieftains 49-35 over the final three quarters.

“The Wolverine Conference is a grind,” said Edwardsburg coach Stephen Wright. “It is difficult to win at home, and even more challenging on the road. What we’ve done well so far this season is defend and rebound in the half-court. Particularly eliminating dribble penetration and closing out on shooters has been a cornerstone of our success.”

The Eddies travel to Otsego for another Wolverine Conference contest on Saturday. Tipoff is set for 1 p.m. Dowagiac hits the road for Sturgis on Monday. The game is scheduled to begin at 6 p.m.

Buchanan (4-2) outscored the Beavers (2-3) 30-7 in the opening quarter and then coasted home with the victory.

Eau Claire was led by Karmelo Taylor and Damarion Travis, both of whom scored 12 points.

Buchanan travels to Niles Friday to face the Vikings in a BCS Athletic Conference Red Division contest. The game is slated to begin at 7:30 p.m.